I have been a host on Airbnb for 2.5 years and have 75 great reviews. Now Airbnb seems to think they can just retract my rent and put me in debt to them. Airbnb made a decision that I owe THEM money – like over $2k. They have no reason that I can tell. 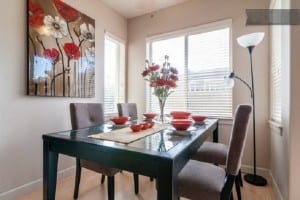 I hosted two guests who acted so happy and sweet and then complained to Airbnb (made-up story with no possible evidence). Airbnb not only pulled all the rent back from me, but blocked my calendar. What?! I spent hours on the phone asking what evidence they have, how can I provide my own evidence, etc. They said they were sorry but the guest is saying they may never use Airbnb again. I said what about me, I will pull all 16 of my listings if you do this. Now they are trying to pull $2k out of my money saying I owe them. Completely Ridiculous! It is like hiring a contractor to purchase all the tools and supplies work. Then the owner makes a complaint and so EVERY penny is taken away from the contractor. No request was made. I was completely shocked there was even a problem!

I recently had a horrible experience with Airbnb customer service, so I’ve decided to get back at them! Long story short, I’ve bee an airbnb host for several months but I just had some super crazy guests that were insanely loud and filthy so I asked them to leave. They refused to leave, and basically made my life a living hell for 3 weeks! I asked Airbnb for help, but they took forever to respond and were not remotely help when they did finally get back to me with a form email! Anyway, I figured out a better way, here it is:

Basically I kept my airbnb listings online, but now EVERY TIME I get a message from a potential guest, I offer them a discounted rate (remember the guests are paying about 15% MORE than you’re getting anyway due to Airbnb fees) if they’ll book privately with me in cash. This is a total win win! The guests are happy to save money, I’m happy to NOT be bound by any crazy airbnb contracts that force me to allow psycho people to stay in my house for fear of a bad review or worse, a 50% refund from airbnb!

I’m not saying this is 100% ethical, but you know what, until airbnb fixes their retarded policies, I think this is an extremely fair solution!

I started hosting a few weeks ago with Air BNB. Since then my account has been taken over by hackers, bank account details changed. I can’t login to my own account anymore. I have not received payment for my first guest who left already and I don’t know what to do about the next guest who is due Wednesday. I have called C Service every day for a week but they can’t help, only note my issues. I received one mail saying they would look into it and since then I keep getting emails that my bank account has changed, email etc again.. My account has now been closed and my listing removed from the internet. The communication from AirBNB has been atrocious, ie. leaving me hanging with no answers and not even the decency to reply to my 15 emails. I will be filing a police report and contacting my lawyer on Monday.

I’ve hosted several dozen guests via Airbnb without a single complaint or bad review… until I got hit by some total scam artists and airbnb didn’t do a thing about it!

This past month I had a seemingly nice couple staying with me in my condo… I saw the couple almost every day, talked with them, even drove them to the grocery store a few times! They NEVER had even the tiniest complaint about anything having to do with me or my condo. Well guess what, the day after they moved out I got a notice from Airbnb stating that the couple claimed they saw a MOUSE in the condo and that that Airbnb policy was to give them 50% of their money back FOR THE ENTIRE 4 WEEK STAY!!! Apparently the couple sent airbnb a picture of a mouse… which I actually FOUND using a reverse search and google! I sent airbnb customer service numerous messages explaining that the incident was a huge lie and I even showed them the picture of the dead mouse the couple “saw” on another site that was posted over a year earlier! Airbnb took over a week to reply with a standard form email that simply said there policy was to supply a 50% refund. HOLY CRAP was a retarded service! See if I EVER host another airbnb guest in any of my properties as long as I live!!!

I rented out my home for the first (and the last) time through AirBNB earlier this year to a middle aged couple who on paper seemed legitimate.
There were only the two of them staying and they had the choice of 2 double sized bedrooms. Before they arrived a put a lock on my bedroom door because I wasn’t going to be there while they were staying and let’s be honest – I didn’t know them from a bar of soap.
So call me naive, but I assumed that a lock would be a clear indication that I didn’t want them in my room. They had two rooms to choose from, there was no need for them to go into mine.
Obviously the lock made no difference because it’s quite easy to just unscrew the hinges and take the door off! All of my personal belongings got rummaged through, my lingerie was all over the bed and sentimental jewellery items were stolen that can never be replaced.
AirBNB’s response when I reported the situation? “You shouldn’t leave your belongings out if you don’t want them tampered with”
Out? They were in my room behind a locked door! I am so beyond angry – If you’re thinking of renting your home through AirBNB – DON’T!!

After being a host on AirBNB for 3 years with fantastic reviews I’ve got to say I am truly disgusted with the way my complaint about my last guests was handled.

I came home to find all the batteries taken out of my smoke detectors and a huge burn mark in the center of my lounge room – like they had lit a campfire inside the house!
I took multiple photos and emailed them to AirBNB for evidence but since I don’t have receipts for my carpet they won’t do a damn thing.

This company doesn’t give a toss about their loyal hosts – they’ve lost me!

I have been an Airbnb host for a couple of years now and up until last month, I was reasonably satisfied.

I had a middle aged couple interested in staying in one of my units and on paper, they seemed like the perfect guests.

That is, until I saw the state of my unit after they left.

Practically everything that wasn’t attached was stolen, including linen, pillows, cutlery and crockery. I was in a bit of a state of shock when I called Airbnb but their reaction to the situation shocked me even more.

They told me that I would need to supply receipts for all the things that had been stolen. Obviously they weren’t expecting me to have them, because when I said I would fax copies through they backtracked and said that there was really nothing they could do.

I will NEVER be putting my property at risk again by hosting through Airbnb. Very bloody disappointed.

I’ve hosted many rooms on AirBNB for almost 2 years and always had a 100% perfect rating, but then I caught two of my guests sneaking in their friend and having him stay with them without telling me. I was annoyed but I very reasonably said that he could just pay $10 per night for the 3 nights he stayed, and we would call it even. They agreed to my face, but secretly they made up a story about mice and bugs being in the condo and filed not one but two complaints directly with airbnb! I thought, wow that’s annoying, so I promptly responded to the claims with lengthy explanations about what REALLY happened, expecting that airbnb would naturally see through the lies of these two young kids. Instead, Airbnb gave the kids HALF of their money back for the three week long reservation even though they had already stayed 18 of the 21 days before making a complaint! Even better than that, the kids damaged both of their rooms, stole money, wine glasses, and other kitchen items, yet when I filed security deposit claims against both of them including photos and witnesses, airbnb literally ignored the claims without so much as a response and refunded the kids 100% of their security deposits!

Long story short, I’ve had enough of terrible service by large companies that just don’t feel like they need to give a crap about their customers, even a long-term host with a perfect rating.