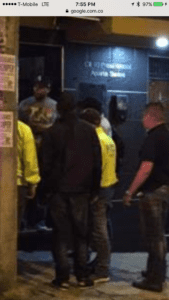 After six years it saddens me to say we were thrown off Airbnb without even a phone call -just a email and all future bookings refunded to the guests. We were erased like we never even existed. They say we broke the rules of not allowing four single men to rent our two bedroom with just two beds. After a phone call they said they planned to have girls over, which would have brought the total to eight people in my two bedroom. I am not anti-gay or anti-lesbian. We just had a great gay couple weeks prior to this and none of this matters to me. What matters to me is fitting double the occupancy for my apartment. When you have this many people coming through our place you’re bound to have a few arguments with people. I’m not saying we are angels; we have had to straighten out some people trying to damage our property.

Here in Medellin, Colombia things can crazy with our renters partying too hard. On top of all this, in September Airbnb renters had a underage girl in our apartment. Someone called the police and they came at 1:00 AM. The renters were rude to the police. They found the girl and kicked all of them out and then sealed our building. It took two weeks and $8,000 to remedy. To this, Airbnb said they were sorry. No financial help. No million dollar policy they claim in ads is available to help. We were left with the bill. We swallowed hard, paid it, and opened back up. Now we have been removed? It’s the silliest thing I ever heard. We have done nothing wrong accept say no to a booking which included four men and four more on the way to stay there. Above is a picture of the guy opening the door to a slew of police. Six years and many happy clients are gone in a blink of a eye. Try to talk to Airbnb about it: you can’t. They are the Microsoft of the industry and we will hurt because of it.