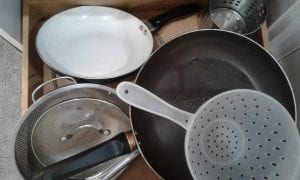 We booked a cute garden flat in Haymarket, Edinburgh. There was no garden. Instead there was a dog potty area during ongoing construction. The host never apologized in person or tried to admit his blatant “misrepresentation of the amenities” of the flat which is contrary to the five core obligations as an Airbnb host.

My sister and I reviewed many other apartment options and carefully planned this overseas trip for over seven months. Finally the main reason we booked was the expectation of having our morning coffee and evenings chats in the “garden”. As guests we were completely disappointed. To add all of the other seemingly minor issues one thing after another just piled up to make this a “horrible” experience.

I did as per Airbnb suggests make the effort to negotiate a reasonable solution with the host prior to escalating to the resolution team. With no results, I was left with no other recourse. We are well educated ladies in our early retirement years that expected that the host would understand that offering an amenity that was not accurate or accessible for guests who pay, in good faith.

To add to the situation the heating was not working properly for three nights and television operation had not been explained. When it did work, it was sporadic, as was the internet. Eventually the entire seven-day holiday deteriorated as each issue that could have originally seemed minor piled one on top of the other. This listing was sub-standard, and absolutely misrepresented, our trust in the reliability of Airbnb hosting was ultimately shattered.