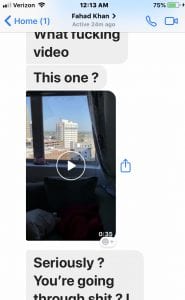 On October 28th, 2018, my son was a guest in a New Orleans Airbnb. He was only there for a few hours after work and before another early morning shift as a chef at Commander’s Palace. It’s been two months and the NOPD are still “investigating” his unexplainable fall through a solid 3’x 4’ window positioned over a sofa.

In my attempts to contact Airbnb, they offered their sorrow that since our son was not the one who rented the room there was nothing they could do. They did offer to cancel any future bookings so he did not get charged for future trips.

I explained that, along with endless questions and frustrations, I expected to get my son’s possessions that were left in the room. Airbnb stated that they could not require the host to get in touch with me. Apparently I put some pressure on him and suddenly the other guest later returned my son’s phone, shoes and shirt. I’m still asking for my son’s backpack and chef’s knife kit, which he took to and from work every day.

Airbnb “closed their case with me” after asking me four times if the host had contacted me, which he hadn’t. I messaged the host on Facebook messenger and then called the host on his Facebook messenger app. Nada. The host had five listings on Airbnb that I found and now I see that four of them have been removed. I reached out again to Airbnb yesterday via Twitter and they said they were “escalating the case” (which I heard before they closed it last time), which have not heard from Airbnb.

These photos show the mysteriously single pane window in a building renovated in 2011 after the for windows requires hurricane-proof glass.