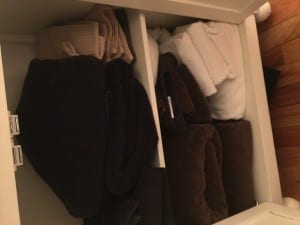 I called Airbnb to let them know that I had a signed contract with my guest, Ms. Ponga, which superseded theirs and any dispute was to be handled with the American Arbitration Association. I have never called to notify them of this before, but I knew this guest was trouble. My big mistake was caring that I would lose my Superhost status if I cancelled. Anyway, customer service ignored this fact as well. I also doubt that they looked to see if this guest has done to other hosts what she did to me. I am sure she has. I am the kind of host who provides luxury robes. Ms. Ponga vandalized my apartment. I have had so many bad, horrible things happen using Airbnb because of the incompetence and unconscionable behavior of the mediators and case managers. The other problem is the “Guest Refund Policy” which attracts con-artists, criminals, and extortionists. Airbnb just attracts thieves and criminals in general. I have never had a problem with guests from any other site.

The biggest problem is that the people who work at Airbnb do not know what the “Guest Refund Policy” says. They do not seem to have been trained. I am starting to doubt that they even graduated from high school. One guy on the phone gave me the impression that either he or some of the people that work there are high school dropouts. Anyway, this story is a rerun of so many I’ve seen on Airbnb Hell. Actually, there are so many incompetent people in this story that I am going to submit a separate complaint for each person. I am also going to go back through all the unconscionable things they have done and submit separate complaints for all of those things too. There are actually some people with common sense who answer the phone who can understand what happened was wrong, but when it gets to the next level, the supervisors say their subordinates promised something they can’t deliver. They always use the excuse that the case is closed, as if I closed it.

Patricia Ponga was my guest; she has now changed her name to Ruth. I suppose this is because of my review which has been taken down, put back up, and taken down again. Maybe when Ruth realizes the review is down she will change her name back to Patricia. First, she told me that she would be staying seven or eight days but her friend would only be staying three of those days. She asked if I could I give her a discount, which I did. It turned out that story was a lie. I have some terms. I made the mistake of pre-approving her and saying if she agreed to my terms to accept my invitation to book, if not she could decline. So she booked the property. She also said she agreed, but she did not follow through with her actions. In my experience, if people do not agree with the terms, they do not book, and if they do agree, they comply with my terms right away to show good faith. Not this lady. She wanted to change everything up and renegotiate after agreeing.

One of my terms was that instead of getting a deposit, I would have them buy a $59 Property Damage Protection Plan for insurance. She and her friend tried to tell me that they have been using Airbnb and this other site for a long time and I couldn’t ask them to do that. However, this other site told me as long as I am listed on their site and I have the listing number, people who booked rentals on other sites can buy insurance. Somewhere along the line, someone on the phone at Airbnb told me that I was not allowed to ask guests to purchase insurance, so I purchased it on their behalf. Later, I learned that Ms. Ponga told Airbnb that I forced her to buy insurance. This was a lie, and I can prove it with my credit card statement.

Ms. Ponga wanted to check in late, so I told her I would leave the keys at the 24/7 deli. She said this was perfect, but later complained about it. There was one mistake because the deli guy gave her the keys to my apartment and not her apartment. Luckily, my place is steps away. She knew she had the wrong keys but she used them to open my door and walk in. Later, I gave her the correct keys. She was clearly aggressive. She clearly acted like a person who is not afraid of anything. Next I got a call from her saying that the apartment was not habitable because there was no heat. I told her there was; she just needed to push the heat button on the central air and heat. Then she complained that there was a window she could not shut. I told her once she got the heat turned on she would be boiling and dying for the window to remain open, but she insisted that I come there right then. I said I would, and had to reiterate, right now. So, I arrived in about three minutes. She had not turned on the heat and told me that she knew how to circumvent my strict cancellation policy; if I did not get the window closed she could get me thrown off Airbnb, as she is friends with Brian Chesky.

The window was a bit hard to close, but I did it and I told her the window guy was coming on Monday. She complained that he never came on Monday, but she was never there on any Monday, so clearly that was a lie on her part. Then I did not hear from the guests for about four days. On the fourth day, I received a message on the thread saying everything was fine and they just needed more towels. Never mind that I had already given them four sets of brand new towels, and there were two sets in the bathroom. I said there were more towels in the cabinet next to the bathroom. I did not hear anything and it seemed all was well. In the middle of the night, when I was in bed with a migraine, she called me and demanded I bring clean towels from my apartment. I said there were clean towels there. She said they were not clean because she got an ear infection. Ear infections in adults are caused by flying, seasonal allergies, and smoke.

I tried to explain to her that the towels in my apartment are laundered by the same company, and were in the same load as the towels that were over there. I even had the new towels washed because I wanted them to have the smell of whatever the laundry uses on them; it’s so wonderful. In addition, who knows who has been touching them? Anyway, she would not listen to reason, and she told me the TV is also broken. The TV was not broken. It was a pretext to get me out of bed. You have to use both remotes, and if you do not get it, you can read the house manual. I gave them the phone number to call for customer service. The bottom line is that I am such a nice host that if I had not had a migraine, I would have gotten up to help them. It is my nature, but I couldn’t do it. I offered to have them come get towels from my apartment, but the towels there were better.

Now enters the Airbnb mediator, who does not know the meaning of the word mediation. He ignored my strict cancellation policy with no proof, no photos, without talking to me and released them from the reservation. When I called Airbnb they said it was because of the dirty towels and a broken TV. I sent Airbnb a photo of the cabinet full of clean towels and the working TV. Then he told me that I forced them to buy insurance. Also, not true. I sent him the credit card summary showing that I paid for it. The next excuse was that it was because I told them if any neighbor asks, to say they were my friends. Apparently, the mediator took that to mean that I was not allowed to sublease my condo. Also, wrong! A lot of people in my neighborhood work in the hotel industry. If they get fired or something, I do not want them to think it is my fault. However, since he doesn’t know the meaning of the word mediator or mediation, he doesn’t know that he should have talked to me.

According to the “Guest Refund Policy” I am supposed to be given a chance to remedy any real or imagined problem. This mediator did exactly what other incompetent mediators have done. When his initial reasons for ending the reservation turned out to be wrong, he made up new reasons. Airbnb owes me $900. Mediators: don’t assume. Talk to both parties. Read your company’s policies; get a dictionary. They took down my review of Patricia Ponga AKA Ruth, put it back up, and took it down again. I suppose someone decided to do the right thing and then the next person up the chain said no. That has always been my experience with Airbnb. Maybe Ms. Ponga called her friend Brian Chesky and he had them take it down.