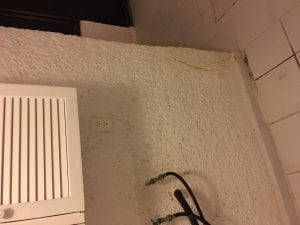 It’s almost impossible to find a place to lodge a complaint or comment on Airbnb, so I’ll do it here. Our dream vacation to Cancun was entirely ruined when a deceptive host picked us up at the Cancun airport and dropped us at an entirely different house than the one we rented with no mention of any change in venue.

We initially booked a beautiful beachfront property in the hotel zone and arrived in Cancun, excited and ready for R&R and lots of beach time. What we were dropped off at (by the host’s representative) was a house on the Lagoon (the mosquitoes and crocodiles were just dandy) and a house that was rundown, dirty and quite insufficient for our party of six. It was certainly not what we rented and Airbnb easily acknowledged that fact.

After 24 hours of phone time with Airbnb and a cancelled reservation (Airbnb did that), a near fistfight with the owner of the fraudulent house where we were dropped, a host who was initially unresponsive and then unapologetic and belligerent, we were basically without a place to stay in a foreign country during spring break. We were thrown to the wolves by Airbnb.

Airbnb refused to help us find or fund hotel lodging in the Cancun hotel zone (it was more expensive) and there was no other housing available during this peak time in our target area. We gave them the names of several hotels in the right area that had availability. No go. The most they would concede (even though they acknowledged the fraud) was a 10% concession for a new booking, but the end result was that we would have to find and book the property ourselves.

We did eventually find a nice house inland and that host was great, but we were forced to rent a car at a cost of $500 and fight traffic, find parking and travel one hour each way to access the beach. It was not fun. It was not relaxing. It was exhausting. It was generally an awful vacation because of the housing issues.

We were pulled over by a corrupt policeman who demanded a $96 bribe to not give us a ticket (careful tourists – Cancun cops are on the take). That’s just another trickle down effect of the housing fraud, as we shouldn’t have been driving at all. We should have been relaxing on the beach. Airbnb should have honored their guarantee and funded a hotel in the same area that we booked our vacation.

The worst part is that despite our complaints, this host is still managing 24 properties in Cancun on Airbnb (six weeks later). There seem to have been no repercussions at all for him. I am horrified that he was not removed as a host after what he pulled, and after what Airbnb acknowledged that they knew he pulled. They were aware of the whole sad scenario.

Why is this fraud tolerated among Airbnb hosts? When I complained to Airbnb, someone responded, “Oh, we handled it. The house was removed from our listings”. It was not the house that committed this fraud; it was this host.

As far as we’re concerned, never again, Airbnb. What a horrible experience. I spent the first 24 hours crying and frantically worrying about what we would do as I had been the person in our party of six who was responsible for booking lodging. My whole party spent the rest of our hard earned vacation unable to do the things we planned for our vacation. Shame on all of them. Airbnb, honor your commitments.