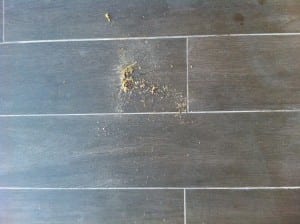 I have mixed feelings about Airbnb because I’ve had many good experiences being a guest and using the platform. However, it takes only one horrible experience to make me reconsider using Airbnb ever again.

I booked this apartment located in Scandicci, Italy. The big mistake I made was booking the apartment without seeing any pictures from the inside (there were none on the site), but the location was very convenient for my purposes. I checked the apartment description and amenities out very thoroughly. The host also assured me that he would have a photoshoot and send me pictures within a week or so. I decided that however the apartment looked, it would be a good choice.

What I didn’t consider is that if a booking doesn’t have pictures from the inside, there is usually a reason. In my case the reason was that the apartment was under construction at the time and not ready to be rented out. Of course the host “forgot” to mention this little detail and despite the fact that I booked weeks in advance and wrote to him multiple times requesting pictures, he would avoid the subject or not respond. I just went with it and once I saw the apartment I was pleasantly surprised; it looked very nice.

It was obvious that he had been renovating until the very last minute. The floors were covered with building debris. I am not a clean freak and I’ve never ever had the urge to clean the floor of an Airbnb (or any other) apartment I had rented until this one. I cleaned the floors (I took photos, in any case) and I wasn’t even going to mention it until multiple other problems started popping out. The three main things were: no wifi, no air conditioning, no TV. These were all promised in the description of the apartment and at this point I confronted the host about them.

His response about the wifi was that the apartment is brand new so he didn’t have time to install wifi; this takes a lot of time in Italy. Of course, I booked the apartment weeks in advance, but even if I had booked a day before my arrival, his problems shouldn’t be my problems. His apartment shouldn’t be on Airbnb in the first place if he is not ready, or just shouldn’t advertise that there is wifi.

When I asked him about not providing a TV, his response was that this was his choice as this it was supposed to be a tourist apartment (because apartments for tourists never have TV…) and not a living apartment. The air conditioning had an even more interesting story. There was visibly an air conditioner in the apartment, however there was no remote control or any way to turn it on. The host said that probably somebody from the builders or something took the remote.

After further inspection of the power switches, I noticed that there were switches for everything that was present in the apartment except the air conditioner. I think his story, as all of his other stories, was BS and the air conditioner was not even connected to the electrical grid. The biggest surprise came the morning after (this morning) when we discovered that there was no hot water for the shower. The shower was obviously installed incorrectly and this just made the living conditions unacceptable. He said that he is going to send somebody to fix the shower tomorrow morning, so we will see.

I contacted Airbnb this morning when I discovered the shower situation, because I thought that this definitely qualified as an emergency, but I have heard no response as of today. I am extremely unsatisfied. This has been a vacation from hell, so if I don’t hear anything from Airbnb by tomorrow I will file a claim with my bank to reverse the charges.