I booked a private room with Airbnb for accommodation in Dubai for five nights. I paid for this in advance. Upon reaching Dubai, the Airbnb host told me that he could no longer accommodate me. He provided me a different address and asked me to go and stay there for two nights and he would shift me to original booking place after that.

Upon reaching the other address, I found that the flat was locked and no one was there. I had to ask reception for help to contact the Airbnb host as my phone was not working there. Upon contact the host he said he couldn’t accommodate me at the new address either. He did not provide any explanation and left me without a roof over my head in an unknown city. I was left to sort out my own accommodation with limited internet connectivity and battery life left on my phone.

In this situation I had to take whatever was available. I ended up staying in a hostel sharing a room with five unknown people and also sharing other facilities. Airbnb put me in this situation as they failed to fulfill their responsibility. My safety was at risk. My health was at risk as I had to share things with five other people for five nights. I could not get proper sleep.

The entire experience not only totally ruined my trip but also left me in distress and with negative effects on my mental well being. I was constantly anxious and worried about my health and safely due to the pandemic. I informed Airbnb about this incident the evening of Dec. 30. I received a call and provided all the information to customer service. They said they were unable to contact their own host to find out why he could not accommodate me. They also did not offer me any help to find an alternative suitable accommodation.

The entire trip turned into a nightmare. Airbnb staff were totally unhelpful. They could not even contact their own host after I provided a different number that he was using. Airbnb neither provided any immediate help or help to find alternative accommodation. On top of that, they also closed my case without reaching any conclusion. This company should not be allowed to operate in the hospitality sector at all. 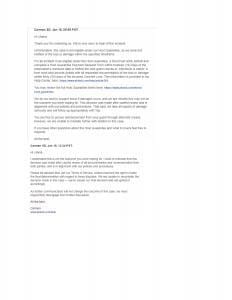 As with many Airbnb hosts, I decided to rent my flat in Dubai for some extra money while I was going away on winter holidays; it seems like a great deal through Airbnb. Little did I know back then that I was going to lose almost half my wardrobe and three of my expensive handbags, altogether worth about $15000.

The group of guests was from France, and there were four of them: the one I was in touch with, her mom and two siblings. The guest didn’t have her full name on her Airbnb profile; she is from France – Provence area, most probably Nice. I had all of my clothes, shoes, and handbags locked with a bike locker in my closet. I left five days before the group was going to check in, had the keys left at the reception and my cleaning lady coming the day before and after their check in to prepare the flat.

As the group checked in just after midnight, they only collected the key from reception; no one was there to wait for them. When I returned to Dubai after three weeks, I didn’t even notice that first day that something was missing. The lock was in place. Only on the second day when I start unpacking did I realize that my Chanel ($6000) and Fendi ($3000) handbags were missing. That’s when the nightmare started. I realized they opened the lock, went inside my closet, and locked it back up after stealing my stuff.

I first went to the security in my building to report what had happened and ask them to check the CCTV cameras from in front my flat’s door. It took me about two days to watch all three weeks of recordings and saw no one else except the Airbnb guests and my maid entering the flat. It wasn’t the maid – she came and left carrying her own small bag. Meanwhile I started noticing more and more stuff missing: Louis Vuitton bag ($2100), Louboutin shoes, Balmain Dress ($1600), Fendi scarf ($1000), two D&G T-shirts ($800), Liujo Coat ($300) and many other clothes (the whole list is attached).

All this time I must have called the Airbnb customer service line at least seven times. Each time I spoke to a different person who said that perhaps Airbnb might reimburse me some of the money and that I had to file a complaint. I filled the complaint and involved Airbnb under the “Host Guarantee Program” – which is totally useless by the way. They took three days to reply, they never investigated anything from my side, they only wrote me a short email (screenshot attached below), and they never wanted to tell me the guest’s full name, even though they had her ID.

She created her Airbnb profile just before she booked my place – that should have already been a question mark for Airbnb that they must be professional thieves. However, Airbnb didn’t care and acted arrogant, eventually not replying to my emails. After trying and calling Airbnb again, I got the same answer as before: “We can not do anything because it is not our department taking care of it.”

What a lame excuse. Basically you can never reach the department you want through the phone on Airbnb. I involved the police as well. The investigation is still ongoing but there’s little they can do if the thieves are already out of the country. Now I am left without my expensive goods. Airbnb was totally useless and careless; they never even bothered to give me a phone call to ask about what happened and if they could be of any help. Basically Airbnb is covering for thieves, but they don’t care as long they are getting money out of it. Airbnb’s staff have no power or knowledge of what is happening around them.

I will never use Airbnb again, and you should think twice before giving your house to strangers. I should mention that I did rent my flat before on Airbnb twice but both times everything was in place. I thought Airbnb was really a decent site and not everyone can just make an account and get away with illegal situations. In addition, I thought no one would dare to steal in Dubai.

Three of us wanted to rent an apartment in Dubai so we went on the Airbnb website and found a host under the name Maria who had an apartment for rent supposedly on the 312th road. The host replied to us that the apartment was available and that she would send us a special offer through Airbnb; she sent us an email from Airbnb and we followed a link to make a payment that directed us to an Airbnb payment page. It said that the gateway was down after we entered our credit card details and that we would have to make a bank transfer to an account in Portugal under the name Diana Gore as instructed on the page. We emailed the receipt to Maria. When it was time to check in she sent us a guide with a contact number for the UK that did not work and left us circling the block trying to get her to reply to our emails. Then she vanished. When we contacted Airbnb they said that they can’t do anything for us because we paid outside their platform even though we found the listing on their site and were instructed to pay on a page that had their logo on it. They refused to take responsibility for having a fake host on their site. That means that it is very easy to list on their site and upload fake pictures. They should be responsible for people that have accounts with them. Simply terrible.

I am sharing this story to warn my fellow travelers for making bookings through Airbnb. The company provides a platform and charges money for it, but does nothing to secure your stay. I made a Instant Booking at a five-star property – in IMPZ Dubai – for $890 from December 25th to January 1st on August 1st, 2016. I paid in full, and received a confirmation mail from Airbnb that the booking was done. We were content and planned other details for the trip. On December 6th, we made a call to the host just to touch base. He flatly refused to accept the booking, saying he did not have any ties to Airbnb and the booking had not been confirmed. On being told that Airbnb was showing the booking as confirmed, he cancelled the reservation. We received an automated mail from Airbnb informing us of the cancellation, with their regrets and suggestion to make an alternative booking. With great effort, I found the email address for Airbnb, where the customer service representative first apologized and then suggested I make an alternate booking. She took a couple of days to share two listings; both cost double the price of the original booking. The representative simply refused to do anything beyond provide a $100 coupon as compensation. Many email exchanges followed and finally they closed the case with a blunt mail stating that this was their final decision and they would not entertain any further communication. I had to make another booking on my own which was worth $1900, suffering a loss of more than $1000 over my original booking.