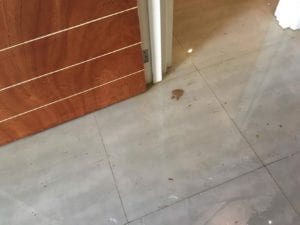 My girlfriend and I were staying in Playa Del Carmen. When we arrived at our Airbnb, we were told that we had to move to a different unit due to plumbing issues in our original Airbnb. We were there for a music festival in which we had $500 invested per ticket. The second night we were unable to shower and couldn’t go out because there was about two inches of water in the shower and our host would not help. When we woke up in the morning there was about an inch of water throughout the entire apartment. Before the host sent a cleanup crew over, more sewage and human feces began spewing from the shower and toilet. Some of our belongings were ruined and we were homeless in Mexico. Airbnb kept transferring our ticket to over five support representatives over the course of four hours. Every representative lied to us. We heard, “we’re going to book a new one in the area for you.” This never happened. We heard, “we’re going to book a hotel for you because the other Airbnb’s are booked.” This never happened. They always told us that they’d call us right back; this never happened. We were forced to pay for a hotel out of pocket. We still cannot get ahold of Airbnb to find a resolution. This has been the worst customer service experience of my life.