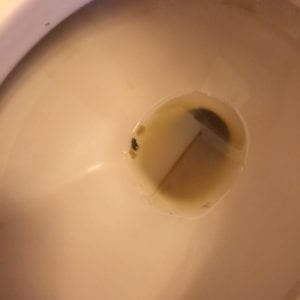 I booked a stay at what was described as a beautiful retreat in the Yosemite area. My friends flew in from across the country to join me on a hiking trip in Yosemite and we were excited to be going. Dan, the owner, was very happy to rent to me, and it was all set up. We arrived to find the place to be uninhabitable. No running water, no promise of repair, and the oven looked as if it was vintage 1970s and had never been cleaned. There was a huge crack in the microwave rendering it unusable. We had to use water from the hot tub to flush the toilets. There was nothing about the place that was as described and I let him know it. He would not offer a refund and told me that if I wrote a bad review he would sue me. I called Airbnb repeatedly for help. We had to search for another place to stay. They promised callbacks that never came, and when I did reach someone, it sounded like I was talking to someone overseas. Whether or not that was the case, they asked me to write a letter – which I did – and to email pictures, because I definitely had plenty of them. They were not willing to try to help me in any way. Ultimately I disputed the charge with Visa and won. Today, I went to the site for the first time since that nightmare, and there was a negative review of me as a guest written by the host of the uninhabitable filthy place that Airbnb had listed for rent on their site. When I tried to reach out to Airbnb to discuss removing the review as it was unfair and they had proof of it, I could not get anywhere with customer service and couldn’t even find an email address. Airbnb is a terrible site and I will never use it again.