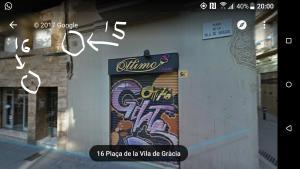 As a single mom traveling with my two children for the first time, I decided to book an Airbnb so that I had a backup if something went wrong. This was a big mistake. A week before my arrival the host was unreachable (for the first time) and after three days was found. A few days before our visit we spoke on the phone and I asked if we could check in earlier, since we were scheduled to land at noon. He said that would be no problem.

The day before we left I contacted him to confirm and he said he would be home, and to call him from the airport. I did so but he didn’t answer. After a few unanswered calls, I decided to take a taxi to the address given on Airbnb, thinking I would just knock on the door and wake him up. We got to the address but there was no entrance to the building. The only entrance was from the side of the building, but it was a different address and his name wasn’t there.

I was alone in Barcelona with two kids and three big suitcases, and it was raining. We waited for him in a cafe nearby; after half an hour he responded on the phone. He came to the cafe and had a strong smell of alcohol on his mouth, so I felt completely insecure. I asked him what was wrong with the address and he said “Oh, the flat is somewhere else. didn’t I send you the address?”

Would you go with a man like that, as a woman traveling alone with two kids?  I contacted Airbnb immediately and they sweet talked me back and forth, suggesting I could solve any problems with the host, implying something about the cancellation policy. To this day I have not received a serious answer, and there is no number to reach customer service. I paid 3000 IS and have nobody to turn to. I contacted the Israeli press and they are now checking what can be done. What a huge disappointment. I will never recommend traveling with Airbnb.