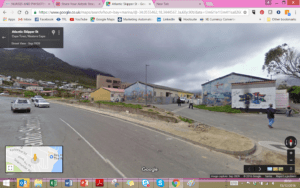 The rude host started by sending me an SMS at 5:00 AM with a string of texts about whom we should contact to get into the property. He offered an “apology” about the time by saying he was a surgeon on call 24/7… so, of course, that makes it okay to wake me up early on holiday. Then I had to use my UK phone to call this guy and arrange everything. I am originally from South Africa and decided to treat my partner to a romantic night with a jacuzzi overlooking Hout Bay. What we got was a block of flats by the bad part of the harbour with electric fencing, two armed guards and a jacuzzi that could be reached by a narrow fire escape. But wait, there’s more. The guy didn’t switch on the jacuzzi, so we were told to wait five hours, until 10:00 PM. In the meantime, I would have been too terrified to leave the premises at night for fear of being hijacked or robbed. It is miles away from the town of Hout Bay and just look up because if you look down or around you realise you have a cannery and are in a very poor area. Not that there is anything wrong with that, but you become a target for crime. I had a rather rude awakening to Airbnb policies and wondered why the host continued to be so arrogant – if you don’t stay there you can’t leave a review. Because of his cancellation policy, I couldn’t get a refund. So the fact that it was unsafe and misrepresented cannot be published. Good luck to any unsuspecting tourist because sooner or later there will be a crime reported.