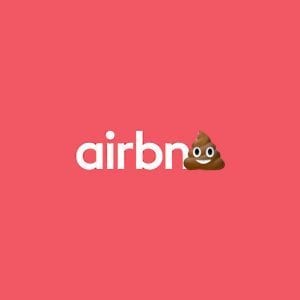 I’m an Airbnb host. I used to be proud to announce being an Airbnb host to my friends and family like many others out there until I received every host’s worst nightmare. On March 12th, 2018 I returned to my Bronx home from the result of a guest cancellation at my home. I returned home only to find 80% of my furniture and personal belongings outside sitting in my driveway. This was without a doubt a callous and direct message to me personally from the guest claiming personal justice for his stay being cancelled prematurely.

I’m left suffering from the irresponsible and immature actions of an Airbnb guest. Without any exaggeration, I literally did everything personally within my power outlined within Airbnb’s resolution center to have this issue resolved within the quickest possible timeframe. Unfortunately, even with me taking immediate action to resolve the manner civilly, Airbnb still has failed to successfully come to a realistic resolution and compensate me for personal damages caused by the guest.

Upon doing my due diligence and conducting a thorough investigation of my own, I’ve come to the unfortunate realization that there are countless other hosts worldwide facing this same exact Airbnb “resolution center” nightmare. Airbnb should be ashamed to know that they currently have over 100 open and unresolved host claim cases failing to communicate with hosts (and that’s me being considerate by using a figure as low as 100).

Airbnb prides itself on having morality, empathy and open lines of communication between company, host, and guest. These lines of morality have clearly been compromised greatly, judging from the extensive amount of cases that I’ve recently come across online from performing a simple Google search, looking for people going through similar “resolution center” issues such as myself.

The ultimate conclusion and reality to this revolving door of a “resolution center” is this: everyone who currently has an open Airbnb resolution case will be waiting indefinitely unless immediate action is taken against Airbnb, a company who preys upon unsuspecting hosts such as myself willing to compromise the safety of my home and countless others. Airbnb has clearly broken their own host guarantee rules; this calls for a class action lawsuit.