I had never used Airbnb before, but friends had said positive things about their experiences. I wanted a studio apartment, furnished, for a month in Strasbourg, France, while I house-hunted and decided on my future. I reserved a furnished studio. I knew the location. The host accepted the reservation, and Airbnb took my money.

The host then called me to say she wanted to cancel as there was no bed in the apartment (why didn’t she know this before?) – this was while I was on my way to meet her at the apartment to get the keys! I couldn’t afford to wait for a refund and pay another rental at the same time. In any case I had to stay three nights in a hotel while waiting for the bed, which the host then decided could not be delivered for another two weeks (I could have gone to IKEA and bought a sofa bed the same afternoon in her place). At this point she offered me a 200€ refund, which I accepted, being otherwise homeless and already having spent a bunch of money I hadn’t budgeted for.

The description said the place had basic kitchen items, but there was no plate, cup, saucepan, cutlery – nothing. I had to buy all that, as well as all the bed linen. Towels too. The shower curtain was filthy, the shower didn’t drain properly, and the paint was peeling off the bathroom walls. The mirror was broken. Later I realized there was no smoke alarm, illegal in France. People smoked cannabis in the lift, corridors and hallways.

The host insisted that on move-out day (today) I had to return the keys at 10 am. So I had to leave some bags in the hallway as I couldn’t move everything at once. She just shrugged. When I came back for my last bag (a small suitcase of clothes) it had been stolen. She of course was long gone by then. I had left the apartment cleaner than I found it.

This is 1a rue des Cigognes, Strasbourg, France.

I wanted to book a place to stay with few of our friends.

1. We booked the first place: We let all our friends know and planned everything, then the host contacted me asking for more money!  I had already invited all of my friends and had sent them pics of the place so reluctantly I agreed to pay more!

2. The day after, the host told me that she would be home with her daughter (staying in the same place)!! So to clarify, I had paid twice the price of a 5star hotel to spend the weekend with her and her daughter rather than having the place alone with my friends like we thought —–> AWESOME

3. I cancelled that booking (at this point I still didn’t know that airbnb had already charged me the service fee and would not refund that)

4. I booked a new airbnb place and I sent a message to the owner and he confirmed.   I paid for the booking.  One hour later, he told me that I have only paid for 1 person and asked me for more money. I had paid $500 and apparently it was only for 1 person!  I wanted to cancel the booking BUT I WAS ONLY GETTING BACK $50 OF THE CLEANING FEES OUT OF $500 + lots of stress as I already had invited everyone to fukkn Blue Mountains!!! What am I going to do???  I had to contact Airbnb to cancel, but there’s no number listed.  After 20 minutes of searching I found a phone number —> Called >>>> 30 minutes wait … My case was sent to a “case manager”.

So after wasting 3 hours, lots of stress, and $1200 of my money ON THE AIR (still not refunded), I have absolutely nothing to show for it!  I have invited all of my friends to the Blue Mountains and I’ve sent them the pics and address of the place, BUT I HAVE NO ACTUAL BOOKINGS and I wasted all this time and effort. NOW IT’S TIME TO BEG TO RECEIVE MY MONEY BACK!! 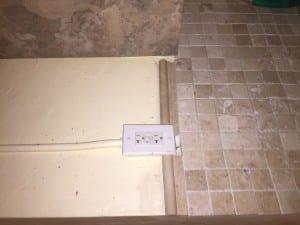 If there were an option for no stars, I’d have chosen that. Worst experience with accommodations I have ever had. The person (billing himself as Tony&Eli) that advertised the place, completely misrepresented the apartment. From the pictures I received from my daughter it seems as though it’s not even the same apartment that was advertised. I was paying the rent there for a month so she could have enough time to find a place of her own, near to where she wants to go to school. After driving all night from Georgia (and the night before from Virginia) my daughter arrived there only to have to pack up and go stay with family. It was filthy and moldy. She took pictures and sent them to me and took them to my mother as well.The next day he offered to put her in another apartment but I advised her not to trust that person, to have no more contact with him and to see if the family could help her find something else as she is just moving to Florida to go to school there. Instead of the person just letting it go, he refuses to refund the money and I’ve had to take it up with my credit card. It seems as if he has more than one place and probably is using the same pictures for all the ones he rents. Even though I tried to contact Tony&Eli by both my personal and work email, and sent him all the pictures of the apartment, he did not reply. Instead he kept trying to contact my daughter and convince her that she should move into some different apartment he had.  Also, to call a member of his family since he lives overseas currently. I did not want him harassing her as she’s only 18 and hasn’t had to deal with this sort of thing before. Airnbn has been no help at all and is considering it a cancellation.  Unfortunately, they also went through my daughter and did not contact me.  The airbnb contact is in California and can only see the pictures online.  They did not offer to have someone come to the apartment in Miami. They probably don’t have a presence in the state. can’t say for sure. They think that just because the owner offers some other place that should be ok with the renter. I don’t see why a customer should have to continue to do business with someone that has bait and switch tactics and would pawn off such a place on some kid. I will never use airbnb again and I advise anyone who does to, if possible, check out the place in person and don’t rely on airbnb to help if something goes wrong. I would especially not send anyone that is inexperienced to possibly have to handle a situation such as this. They will be better off going to an Extended Stay America or Homewood Suites where the management is accountable.

Their response was the following: John, Nov 18, 19:19: Hello Kayleigh, I did get your pictures and a majority of it looks like it can be scrubbed clean. I want to go through all the pictures you sent and the concerns. I am not sure how the door frame can be fixed, it doesn’t look broken but old and repainted. A lot of building and homes in Miami are older but it isn’t broken. The broken tile can be fixed and is something I can request the host have fixed while you are there if you stay. The A/C filter can be cleaned out but I agree is gross. The floor wall boards can be wiped and the floor better swept. Can you please send me a picture of a bug if possible and a closer picture of the tile mold. I can’t tell if it is tile grout or if it is mold on the tile, either way I agree it does need to me scrubbed and mopped. The cabinets can be bleached but look like they have water damage from years of dishes being put away and not all the way dry. Last is the bathtub, it looks like an old tub and similar to mine. Since my building is from the 1980s the tub will get old an impossible to get all the soap scum. It is something that can be scrubbed but not perfectly, possible cleaned with comet powder or bleached also to get rid of some stains and soap scum. Overall I don’t thank anything is bad enough for an immediate cancellation and I also need a picture to consider a vermin issue. I appreciate your patience and hope you get a good sleep tonight, I am sorry for this issue but want to make sure I make the best decision.

So they even admitted the place was nasty and yet, didn’t approve a refund. Apparently scamming college kids is a business practice according to some other reviews I’ve read. Why anyone would be forced to live in this situation, or continue to have to do business with someone that scammed them in the first place is beyond me. Especially, when the apartment was about $1650 a month plus a pet fee of a $150. Now they are simply ignoring the problem. I’ve posted a complaint to BBB Hopefully that will help. This apartment is located in Miami