I chose an apartment in Tangerang, Indonesia for a one-night stay. I chose the Instant Book option and without confirmation from the host, the reservation was instantly approved (and my credit card was instantly charged). I reserved the room a day before check in (April 25, 2017). Up until 11:00 AM in the day of the check in (April 26, 2017), the host never responded to any of my messages. As in any Airbnb booking, I need to have information on the exact location of the property (address and room number of the apartment) and also on how to obtain the key from the host. Up until noon, there was no response. And as I could not wait any longer, I then canceled the reservation. As the cancellation was made on the same day as the booking, my credit card was had already been fully charged by Airbnb and the host. I tried to explain this to Airbnb, but it turned out it was really difficult to contact and/or to find how to file a complaint. I think Airbnb has a great policy not taking complaints. Until today (my reservation was for April 26, 2017, while today is May 2, 2017), the host never responded to my messages and complaints. There were no responses from Airbnb. I used to use Airbnb to find cheaper accommodations. It however turned out that it cost me much more than that. Airbnb is a nightmare. I will never use it again.

I have had the worst experience hosting in my house. The guest’s name is Fernando, staying from January 10th to February 14th, 2017. I’m really upset about his behavior – his irresponsible act of throwing a lot of tissues into my toilet until it was clogged. I spent 350,000 rupees to fix that and I decided to just let it be my burden. Second, he didn’t put any effort into keeping the house clean. Everything was always messed up: all his clothes were scattered around the floor, and his hair after shaving was everywhere on the floor. He left the house in a condition where all my appliances were on, which is very dangerous. Can you imagine if there was any short circuit that could cause a fire? I have always asked for his permission whenever there’s a regular checkup and he said I was snooping on him. It’s normal to have a regular checkup in my own house otherwise he would have broken all my belongings. I do respect him as a guest in my country, but I don’t think he does the same to me. He has known from the beginning that my neighborhoods are predominantly Muslim, and he didn’t seem to respect that.

Last thing, I just can’t tolerate the fact he brought a woman to my house for sex. Though there wasn’t any stated rule that prohibits adultery on my property, it is an obvious covenant for Muslims to never allow adultery in any way. This isn’t a hotel; this is my house and it is strictly prohibited for adultery to happen in my house and around the neighborhood. He should have known this because I told him in the very beginning that the neighborhoods are predominantly Muslim, and he definitely knows that Muslims are prohibited from allowing adultery. However, he just didn’t abide by the covenant. I have always tried to do my best to serve him as my guest: I’ve tried to fix anything he has complained about, I’ve tried to fulfill his requests, and I’ve definitely asked for his permission when my family visits to have a regular checkup of the property. We’ve always emptied his trash and cleaned the house. I apologize for this situation, but bringing a woman in the house is truly crossing the line.

I have a lot of friends from the US and all other parts in the worlds as my business partners, and this is truly the first disappointing experience for me. He is my first and my last guest because I’ve unlisted all my houses on Airbnb. Now he is requesting a refund because security chased that woman out of my house after his stay was almost finished. After all he has done to my house, it’s really challenging my sanity. I’ve tried to call Airbnb in the US, Malaysia and Singapore so many times. I’ve stayed on the phone for ten minutes and there isn’t any answer. It is so frustrating to have never reached Airbnb customer service for resolving such problems. 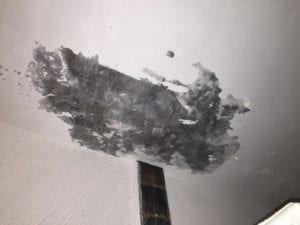 I suggest anyone considering Airbnb in Bali be very careful with this property and the host. The villa had two living room doors per room which did not isolate us from the outside wild garden area. Two palm-sized spiders came through closed doors or the roof on our second night. Tropical spiders may be very poisoning and dangerous to your health. It was obviously not safe to sleep inside. A big frog came in too. After this, we started to study our living conditions more closely. We found red ants living in the antique furniture. There were big piles of chips attracting them, insect excrement on the mirror frame, and a spiderweb underneath the bed. Obviously there hadn’t been any major cleaning in a while.

The host was kind and nice but only before we started to talk about issues with the property. Both evenings that we were at the villa we smelled alcohol on his breath. When we started talking about issues, he promised to find a solution and asked us to wait, which at the end turned out to be a play for time. He simply waited until Airbnb transferred our payment to his account and stopped responding after that. We should have immediately called Airbnb, which I now suggest everyone do if they see a problem.

When we decided to leave early, our host offered us a 50% refund for remaining days but under the condition that we write a good review. Nice of him, isn’t it? He wrote this in the Airbnb app chat so we can share to confirm. I don’t know if you need to believe all the positive reviews of his villa. Our goal is to provide information and not to judge.

The following day after we discovered the spiders we moved to a hotel. Our host knew that problem with the doors exist, confirmed by his responses in our chat. You surely won’t see it in the pictures here but plaster comes loose from the celling in different areas. The good news is that we have house pictures and videos (sent to Airbnb too). We would be happy to share with readers too, to know what you pay for. To excuse himself, our host guessed in the app chat that we simply wanted a party area of Bali. We moved to Nusa Dua, which is similarly not a party area. Right now the question of reimbursement is still open and under the Airbnb team’s review. We hope that they can help. Sadly, we sense that we won’t even receive a full refund for the remaining days we were out of the villa. Hours of wasted holiday time. Please feel free to contact us via cyrilreview@gmail.com. Here is a link to more pictures.