On or about September 5th, a tenant in my Hamptons home reached out telling me he accidentally broke a shower handle in my guest house. A few hours later, I sent in a handyman who notified me that the guest house was completely flooded as a result of the damage to the shower handle and the guests hadn’t even put down towels to dry the wooden floor which, in turn, was soaked in water.

I immediately reached out to Airbnb asking them to please notify their insurance provider and assist me. As a courtesy, I also offered to contact my own insurance (note: Airbnb asked me to lie and not disclose that an Airbnb guest caused the damage). Airbnb assured me that they’d pay any difference or deductible I may incur.

My insurance ended up confirming and estimating the flood damage at 21k (stating they’d reimburse 10k but not the deductible of 2.5k and a sum that they attributed to amortization, essentially because my guest house was built ten years ago and wasn’t brand new). In the meantime, Airbnb neglected to send in any adjuster, even if I repeatedly asked them to do so, and put me in touch with about 15 different anonymous individuals with no last names or phone numbers to reach.

After three months and when the remediation work had been finished for over a month (and after having reviewed all my final paperwork and invoices, which they knew well), Airbnb notified me that they decided to send an adjuster. The adjuster, in turn, called me stating that it was ‘crazy’, ‘in bad faith, and ‘unheard of’ that Airbnb would send him in so late and to simply verify that the work was done and that’s not something an adjuster should do. Instead, he told me, Airbnb should have sent in someone immediately, which they didn’t. Following that, I received an anonymous rejection of my claim, essentially stating that Airbnb wouldn’t cover what my insurance wouldn’t and claiming that my insurance didn’t recognize the damage (which is a lie as, in fact, they covered almost half of it).

I have loved Airbnb and I still believe in their business, but those practices are brutal and really show how unsafe hosting can become with some (terrifying) guests like these (who also smoked marijuana and disrupted an entire neighborhood by the way). I ended up spending 11000 USD of my own money and numerous days of my own work trying to remediate this and desperately trying to speak to multiple anonymous Airbnb employees.

All in all, I still believe in Airbnb but please don’t rely on the insurance. Unfortunately, some guests can destroy your homes and Airbnb won’t help you at all. They’ll instead put you through anonymous employees to make your life a miserable hell in the hope you’ll give up eventually.

Recently married. On our registry we asked for Airbnb gift cards if people were inclined to gift us something; we love traveling and we’re in our 30s with most material items we could possibly need. A lot of people obliged and we received several gift cards in denominations ranging from $50-100/ card.

Today we went to load the cards to our account, and not one… not two… not even a few… but 13 of the gift cards aren’t able to be accepted. We called customer service and spent over an hour being told yes, we see seven gift cards accepted out of the 20+ new numbers you tried to enter (so they acknowledged the cards were only ever entered today, and that only a fraction were accepted). Then the rep proceeded to inform me she wasn’t trained or knowledgeable to assist us with this matter, and that we would ‘have to be escalated and transferred to payments center’.

I inquired as to whether I would be speaking with another person about this. The rep said “no, that’s not an option for customers” and that the only rep we would be able to physically speak with would be through the help center (which apparently was the number I had called to reach this rep). Okay… so then I requested to speak with a supervisor. I was informed there was none on site, or none with whom I would be able to speak period.

When in the history of business is there not a supervisor available to ever speak with? Then the rep informed us she never said she would transfer me, but meant that she would email the payment center. I asked when we could expect a response. She claimed within an hour (seemed really unrealistic especially since there was nobody but this person available to talk).

It’s been five hours, and I still have yet to hear from anyone. I have over $1300 in gift cards from family, friends, and coworkers that were given to us for Airbnb which this company has managed to swindle away somehow, and make unusable. There were zero real attempts to appropriately assist us. Highly unsatisfied here. 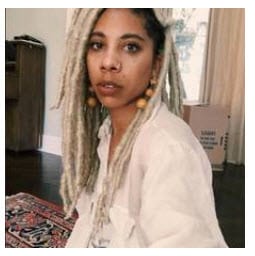 Today I discovered that a female Airbnb guest had sneaked a male into our home unannounced without paying for him. I discovered this by taking clean towels, toilet paper and water to the room when she left for her “photo shoot”. I was confronted with an unknown man who claimed to be a “boyfriend” although the female guest told me she lived in and had just flown in from LA. The male guest eventually slipped up and said he had just arrived from NYC.

I contacted Airbnb immediately to report the violation of the rules, false booking number of guests and to express that this was a potentially unsafe situation of a guest leaving an unknown unapproved unverified person in my home without so much as even a text message to let me know, let alone not asking permission. While I was on the phone with an Airbnb supervisor who was supposedly recording the event and confirmed she in fact heard the male guest and heard me ask him to leave (I asked the super to stay on the phone with me for safety while I asked him to leave),  the female guest returned, came into my home and started yelling at me that she was a 32-year-old woman, could do as she pleased, and I had no right to go up there or confront her “friend.”

There was no reasoning with these people; that was evident and why I asked the super to contact her and cancel and handle the reservation because I didn’t want nor did I feel it was my place to safely confront guests under these conditions. The super advised me that she was escalating this to the Trust & Safety department immediately. She said she also needed to speak with the guest. I advised her that was fine, but have someone else call and for her to stay on the phone with me for safety and documentation. She hung up.

The guest and the male “friend” started yelling in my home. The female backed me into my home office and blocked the door. I was totally out of composure and had to threaten to call the police. They spilled out into my driveway (I live in an upscale urban neighborhood) and of course the neighbors were not watching. They eventually left but not after the random male invited me to step out of my home to deal with him in my driveway and calling me a racist.

I went back inside and went back to my office to deal with clients and calls. About four hours later when I had a break I contacted Airbnb again because I had not heard from anyone. There was no ticket in my Airbnb mailbox and no return phone call from the company as had been promised. When I called back, the new customer service agent and his super said they “had no record of this event, no notes, no ticket and no recording and would need to call the guest to get her side of the story.”

I lost my grip with them. The guests last words leaving were, “you’ll get yours.” As I’ve reached out and as of the writing of this event six hours later, there has been no follow up. I had one email from a customer service agent that wrote me after the third call. I’ll attach the three replies I’ve sent in and not a one has had a response.

This is not the first issue I’ve had with Airbnb. I’ll post the others now that I know about this site. I’m all in about supporting some serious collective effort among hosts to bring change and safety to both hosts and guests. Airbnb alone does not seem to indicate they have the incentive to do so without some serious movement from those of us who have experienced this sort of stuff.

A celebration was very quickly transformed into a monumental tragedy. Within a few hours of arriving to this home a part of our group was exposed to bed bugs, resulting in us all needing to take precautions to avoid further insult and injury. While Airbnb attempted to rectify the horrific experience, it was a impossible feat given that the second location we were taken to in their array of apartments also had bed bugs upon inspection.

One Airbnb representative was as understandable and kind as a person could be. Another attempted to remedy the situation and found a place to stay with another agency, but failed to inform them of entire situation putting us in a position to explain. They were obviously very upset and unhappy. We ultimately didn’t stay with Airbnb and fully blame them for their lack of a crisis plan, poor guidelines and policies and negligence. The company is not prepared for any such circumstance and believes it’s within its rights to keep our money despite what happened during our first partial night’s stay in one of their registered apartments.

The apartment we ultimately stayed in was not near the area we planned for, but was free of bed bugs so the bar was pretty low. Overall it was an awful experience that I would not wish on my enemies. To say the cost to our overall group far exceeded the cost of the apartment is a grand understatement to the tune of a few thousand dollars. I would stay away from Airbnb in Athens until they understand completely how to manage communal apartments for travelers. I would also implore you to look elsewhere to book a place. Airbnb is not experienced and negligent in their practices, especially given the fact that they admittedly asked us to go find a hotel that would be better equipped to handle “these types of situations”… I guess all hotel guests should be exposed to the pests they have no plan to deal with.