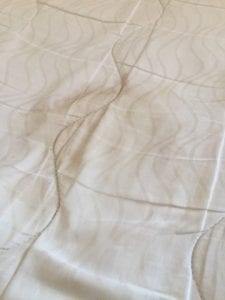 I am extraordinarily unhappy and feel unprotected and violated by Airbnb during my last few resolution calls. It is a vicious cycle of abuse, combing terrible customer service shielded with bad excuses the representatives call policies. Isn’t it bad enough that Airbnb allows people like this? He got to keep his account after he demonstrated an affinity for threatening hosts and landlords just to get a discount; Airbnb never suspended or deactivated his account. Airbnb allowed him to violate these hosts’ lives. In addition, he left the keys in the apartment when he departed with the door open.

It does feel like Airbnb does everything in its power to not protect the hosts. Now, I am in the middle of another disagreement with another guest over damages to my organic mattress topper. Because it was bought over a year ago, I didn’t have a receipt and the full amount may not be returned to me. That means that a partial refund – if any – that could be collected would still mean that every guest who damages something would be given Airbnb’s “let it slide” approach; this would mean that I could not afford to replace anything. Consequently, that would mean I would have downgrade or throw away all the damaged furniture and downgrade my entire apartment overall.

My case manager did not seem to understand I cannot just be repaid the cleaning fee; something that goes on a bed damaged due to a guest’s bodily fluids cannot be given to another Airbnb guest. Is that what the Airbnb team recommends? Furniture damaged in such a fashion needs to be completely replaced. It is simply too easy for Airbnb to blame hosts who are left with damages, bad experiences and a downgraded personal apartment. If you were in my shoes, would you honestly be very happy with this kind of service?