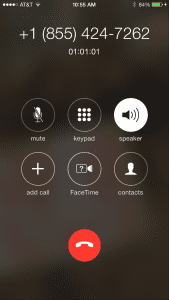 I am disgusted and disappointed with Airbnb, and I couldn’t be more heartbroken to admit that because over the last year, after Superhosting over 55 guests, having almost perfect scores across the board (last check was 4.9 Stars), being an advocate for Airbnb to everyone I know, feeling so lucky to be able to make much needed income while still working and taking care of my family, Airbnb has made me feel like nothing the only time I’ve really needed them, for damage that was done while a guest was staying.

On August 29th, almost a month ago, during a guest’s stay in my Airbnb-hosted basement, the toilets got clogged. As always, when a guest needs something, we have done everything in our power to help, fix it and exceed expectations. Since the electricity had gone off down there to a portion of it, along with sewage water flooding from my storage room down there too, I immediately made arrangements for my guests to move (at my own expense) to another home, bought them pizza, and called out a plumber to see what was going on.

After the plumber finally arrived that evening, he finally found the problem: baby wipes had been apparently flushed down the basement toilet (he literally pulled them out of the broken pipe in the storage room). He attempted to get the ejector pump working again. Realizing it was completely broken – also advising us that the overuse of the electricity the pump was putting out while trying to process the baby wipes, had tripped the electricity – he said that because the pump had been installed with the home when it was built, he would have to call the manufacturer to get a quote and then include installation fees and he said we’d also have to pay for an electrician to come out to fix the wiring.

In the meantime I went to the basement to start taking pictures of everything before I started my normal “cleaning up” after guests. Since there wasn’t electricity, it was the first time I really had looked in the bathroom area (where the toilet had gotten clogged in the first place). There was an empty container of baby wipes still sitting on the counter next to the toilet. I immediately look pictures of that and it was only at that moment I had evidence this was something my guests (not intentionally of course) obviously did.

After getting the estimate from the plumber of over $1250 just to fix the broken pump (several days later) and knowing the costs of the amount of things I had thrown out due to sewage water in the basement, the future cost of an electrician, etc., I was so deflated because I knew it was something one of my Airbnb guests had caused and I knew I wouldn’t be able to host (which has been a large portion of my income over the last year) until I could get that fixed. As a struggling mom trying to take care of her family, I knew I couldn’t afford the costly repairs on my own, which started me really looking into the host guarantee that Airbnb had always talked so highly of (especially to me, as a Superhost). As long as we submitted all documentation and proof of the damage and followed the steps of the process, I thought everything would be fine.

I won’t bore you with all the details (and I have every single one of them written down) but sadly since my first call to Airbnb on September 2nd (where I not only got hung up the first time, but waited over 20 minutes the second time, only to get a representative that didn’t seem to know anything about what he was talking about), I did everything they asked. I sent in a claim. I sent several online messages (that took them days to respond to and offered no real help in any way. I submitted documentation, pictures, and estimates from the plumber. I finally successfully got a case submitted, and had to wait for the guest to decline it for Airbnb to get involved.

Once they started getting involved on September 17th it really got quiet. Even after multiple calls to Airbnb, calls I made to them (as no one ever reached out to me proactively, despite the promises of getting assigned a person or that someone was “working on it”) days continued to go by, days with me getting no income or even being able to begin repairs to the area. I couldn’t even get the security deposit back, even though that is something the guests agreed to from the beginning.

After every call, after hours on the phone, frustrating conversations that led nowhere and being told “that group can’t get inbound or make outbound calls”, “we have no way of contacting them”, “they’ll get to it”, the most disgusting response of all being a guy who told me “I’m sorry, there’s no supervisor or manager you can talk to because they won’t be able to do anything to help either”, I was at my wit’s end. I begged for a supervisor, a manager, or anyone that could escalate the situation, not just the claim either.

At that point, since I was unable to host or even start repairs since that last guest checked out on September 6th in my basement, I had lost over $1700 worth of income based on what my rentals had been running after a year of hosting. I was getting nowhere and begged for someone to just tell me what to do, since I was late on bills and had a basement that didn’t even work. My bank account balance didn’t allow me to repair it myself and I shouldn’t have had to pay for it anyway, since it was the guest’s fault.

Airbnb does not have our backs, as hosts or Superhosts, no matter the good and dedicated Superhosts we’ve been to them and all of our trusted guests. I’m stuck. I’ve ended my relationship with Airbnb – not because I wanted to, but because they are forcing me to. I was wasting so many frustrated hours on the phone getting nowhere, talking to people that ultimately couldn’t and wouldn’t do anything, and no one is losing more than me in that. I am left with no guests, no repairs, and more bills I can’t afford to pay (bills that I shouldn’t have to pay) and Airbnb doesn’t seem to care at all, despite the faith I had in them.

I just want to be able to fix my basement, be compensated for my losses and loss of income from the days in which my case had just been waiting to be “looked at”. I guess at the very least I just hope someone who really cares about what Airbnb truly stands for will see this, hear me, fix what they should fix and do something, do anything to regain my trust. I just can’t tell you how much sadness and anger this whole situation has added to my life over the past month, a month that was hard enough as it was. I worked so hard to host happy guests. It had brought me so much joy up until I saw Airbnb’s true colors, and those colors certainly aren’t as pretty as they first might appear.