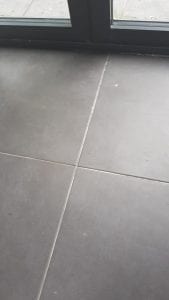 These are the facts about what happened upon arrival at an Airbnb residence in London. My partner’s father and grandmother, residents of Germany, were visiting myself and my partner between Sunday, June 17th, 2018 and Friday, June 22nd, 2018. My partner’s grandmother has not visited the UK before and this will be the last time she will travel to there.

Upon arrival in the UK, my partner, my partner’s father, my partner’s grandmother and I went to the Airbnb residence. Upon arrival, we were disgusted with the cleanliness of the apartment, the floors being sticky and with clear connotations that they had not been cleaned in a while. There were also several stains on the coffee table.

This was not the worst part, as upon inspecting the flat my partner’s grandmother (a woman in her 70s) found what she thought to be a transparent sealable spare button bag. While looking at it, the unmistakeable stench of cannabis wafted from within. This was found at the base of the kitchen counter, clearly seen from any place within the room. When investigating further we also found remnants of cannabis cigarettes both in the rear sliding doorframe as well as just outside the door.

We took pictures of the bag as well as one of these used cannabis cigarettes which we placed on the counter to clearly be seen against its black surface. On top of this we have the physical evidence. Immediately we were in touch with the Airbnb team to escalate the matter and ask for a refund. We were directed by the support team towards both the resolution centre and asked for a refund from the owner of the property.

Upon the owner not accepting the terms, we contacted Airbnb customer service directly. This is where the level of service provided to us has been shocking to say the very least. Due to the language barrier, as well as no help from Airbnb to resolve this, the verification stages for me to represent my partner’s father were practically impossible to do until he was asked to call them directly to verify his representation. This was the initial issue that was not resolved in a professional or timely manner by customer service representatives.

After this shocking experience for my partner’s grandmother as well as the terrible customer service my partner’s father and I experienced, I was finally verified to speak on his behalf. My grandmother has not seen or ever come into contact with illegal substances in her entire life. A reminder at this moment that we found illegal drugs in the apartment with photographic evidence as well as physical evidence to support this.

I have called the customer service number multiple times, speaking with several agents that represent Airbnb’s so called ‘service’. They refused to give me their representative ID numbers. Upon asking to escalate this issue several times and asking to speak with either a manager or someone who is more equipped to deal with my service issues, every single representative said that they could not pass me to a manager or an escalation point.

Upon exploring potential options such as transferring me to another agent, to a line manager, to an escalation point, to even physically leaving their desks to walk to a ‘managerial’ department, I was refused service. To help understand what customer service is, here is a definition of “customer service” by Oxford Dictionary:

The help and advice that a company gives people who buy or use its products or services.

To this day, I have received no help, only excuses for how Airbnb is structured into different departments with zero points of escalation. No advice on the next steps, only excuses stating that this ‘ticket’ is with the escalation team, a department that has no customer facing contact point. Finally, there has been no answer as to when this will be finished.

I have been in contact with our professional legal team to settle these matters publicly with the overarching support from the police, who will be notified if we do not get an answer/refund as soon as possible. Having been ten days since originally escalating the issue to the ‘resolution centre’ department, this is unacceptable and we will be taking further action if there is no resolution or response by this Friday (June 29th, 2018). What are everyone else’s thoughts on this? No opinions about illegality/legality of cannabis please – this is a Class B drug in the UK.

I am retired, and I have six children who live abroad so I don’t get to see them that often. We planned a family vacation in September, and since we are a big family, I looked for a listing that could accommodate us all. I found the perfect listing on Airbnb – a nice house in the city, a verified host – so I booked it for three nights.

After a few days, I realized we would need an additional night, so I asked the host to add one more night. She told me we would need to cancel the reservation and do the process again, and that she would send me a new invoice through Airbnb. I received this invoice, from “Airbnb” (rooms@airbnb.com) instructing me to send payment to Airbnb Holdings.

Once the payment was done, I got a confirmation from Airbnb stating “pack your bags, you’re going to Germany” – the text you see in the regular emails with links to the Airbnb website, policy, etc. In other words, I got an Airbnb email from an Airbnb address, and because I was sure Airbnb is building “a trusted community”, I did not doubt for a second that something could be wrong.

The day before the trip, as the host wasn’t answering my emails, I called Airbnb, who told me it was a scam, and there was no booking. However, the listing was still online, on the Airbnb website, waiting for people like myself to fall for it. I had to find a last minute booking (at twice the price) to accommodate all my family, because we were all on our way from all over the place, with nowhere to stay. Airbnb declined responsibility for scams they advertise, even though we paid for the service. They did not do the simple verification steps to check that the listings actually exist (not that complicated – just ask the host to send an invoice or official paper with the address). You had one job, Airbnb.

I lost a lot of my pension money, not counting the stress, frustration, sadness of being robbed when you feel secure on such a well known website. Airbnb refuses to refund anything, not even the fees they took for the reservation, which is the minimum they could do in that situation. The truth is, I am sad and disappointed that Airbnb takes so little responsibility towards the community they claim to be building. It’s easy to take fees on our transactions, to encourage us to open our doors and trust their users, and then they disappear when something goes wrong.

I’d like to share with you how I was a victim of a fraud while using Airbnb’s platform and how surprisingly the company is doing nothing to prevent such fraud from continuing to happen. I used Airbnb for the first time to rent two apartments in Amsterdam for myself and seven of my friends, and after browsing Airbnb’s offers I saw that many hosts ask users to contact them via email in order to book the apartment rather than speaking to them on Airbnb (see screen shots below). I talked to a host via email and he sent me a confirmation regarding the booking for two apartments (it looks like a confirmation from Airbnb). I paid the host 2,100 Euros via wire transfer – and lost my money. I acted as many innocent and unexperienced users might do: following the instructions of an Airbnb host listed on Airbnb under the assumption that if information is published on Airbnb then it’s okay to comply, especially when Airbnb said nothing about avoiding this kind of practice when creating an account.

Now there are two major problems with Airbnb regarding this case:

1. Why does Airbnb allow its hosts to publish instructions to its users that are allegedly against Airbnb’s policies? Airbnb claims that they would never ask a user to go out of their site to talk to hosts but they allow hosts do to so and by that allow its users to be scammed by criminals using Airbnb’s site?

2. Even after I talked to Airbnb’s Customer Support and Risk Management Departments and described how the fraud works – the same fraudulent hosts and others were still active on Airbnb, publishing the same instructions to users and continuing to scam people out of their money all under Airbnb’s nose– the company did nothing about it. Even though they were fully aware and knew everything they needed to know about this fraud (as I said, my friend sent them screen shots and a full explanation of how it works), they did nothing. Only after I published the story on Facebook, tagging Airbnb, did they “kindly” remove the fake hosts from the site and there were about six of them in the Amsterdam section alone.

Airbnb is saying that they are responsible for their users’ safety but in practice they are doing nothing to protect their users from criminals using their site and platform. They can and must do so using very little resources, and to add to them doing nothing they also ignored my many emails and phone calls to their support center and responded only after the story was published on Facebook. Is that a user-concerned site and company? Is that the type of security and service a company of Airbnb’s scale should supply its customers? I regret to say that Airbnb’s behavior is shameful and shows just how much they care about the safety of their users and customers: not at all.