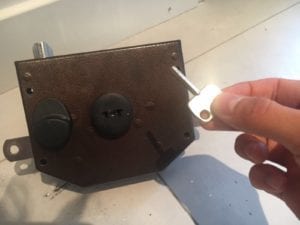 While Airbnb claims it has people in every major city of the world, they remain unreachable when you are locked out in the middle of the night in Paris. Whatever action you take, such as calling a locksmith, Airbnb will not cover the inconvenience, even when you rent one of those superstar flats. We had to call a locksmith who ultimately cut the lock open and charged us 1200 euros, and left us with an open door all night. When the host calls the help center (they only respond when it is a host), they promise to reimburse the guest, but then after one month of back and forth lingering, announce they are not covering the costs. Here is our 1200-euro story.

We arrived at the flat after a romantic dinner in Paris at about 12:30 in the middle of the night. When we inserted the key, it somehow got jammed in the lock. After trying incessantly to unlock the door, we finally called the host. There was no answer. The Airbnb help center? No answer. Our passports and belongings were in there, including our credit cards which are required to book a hotel. So we called a locksmith… on a public holiday. Finally we got hold of a locksmith that came over, and forced the key out. Now that the key was broken, the only option was to cut the lock with a mechanical saw. Once inside, the locksmith is quick to pimp the bill with holiday and nighttime labor fees which finally amounted to 1200 euros. The next morning we got a hold of the host who quickly contacted Airbnb (she is a Superhost and quickly gets their attention). Because she insisted, Airbnb called us and told us not to worry about the money; they would reimburse us. After one month of back and forth emails, always asking for the same clarifications, they finally announced that they closed the case, and that we should ask the host for reimbursement. Bottom line: Airbnb is like renting your friend’s flat, but without insurance. Just pray nothing bad happens.