I have been renting homes on Airbnb for the past three summers, so I have had my fair share of landlords who are normally very nice and engaging, some who even come by before or after to meet the tenants. Brin was rude and unaccommodating the entire weekend. We were charged a cleaning fee but when we arrived the place was covered in dust and dead bugs. The pots needed to be cleaned and the house was not stocked. For starters, there was half a roll of paper towels in the entire house and that was it. I could understand this had we been informed that we needed to stock supplies other than groceries but per his confirmation the cleaner would have cleaned up from the guest the night before and the place would be stocked with supplies; we only needed food.

After we wiped things down and tried to settle in, we headed out to the pool only to found that it was filthy and gross. After a number of times reaching out to Brin to ask when they would come clean the pool and make it usable, we received a message stating “The pool cleaner will not come until next week, but you can use the skimmer to clean it yourself…” Excuse me? No, we paid for a pool, a clean pool, and a clean and stocked house. At that point Brin stopped replying and refused to answer any calls to resolve these and other concerns/issues. So basically he lied: we were the first group to start the rental season and the landlord did not bother to clean or stock the house or pool.

Other things to note: the upstairs bathtub did not drain properly so you would be standing in water that covered your feet. He then lied when we reported him, saying we just wanted a discount, but he did not have proof because the discount was asked for in person… He never came to the house, nor did he make an effort to rectify the issues with his tenants who paid to rent his home. So basically he took the money and disappeared. Very disappointing and I would never recommend this location to anyone in the future. All we asked for was a clean pool and a lot less attitude and the other issues would have been less noticeable but instead we were handed the pompous, disrespectful, liar Brin. 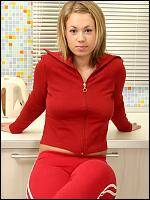 I`m a former Employee of airbnb and I can warn everybody who likes to travel not to use `the service` of airbnb. I worked in the trust&safety Department of airbnb and checked new listings and hosts on a daily base. The interesting fact I approached there is the low security standards airbnb put on potential new hosts and jeopardize the safety of all guests. If you want to host airbnb guests you can grab any pictures from the internet like a nice five star villa or a beautiful castle and declare yourself as the `official owner` of this listing, you do not need to provide any form of ID or Proof of Ownership like a Utility bill of the listing. This means in fact that almost more than 50 Percent of the listings on airbnb are fake or put from drug dealers or other criminals to make `the easy money` with the dumb tourists. Trust&Safety just work this way, that they take a look on the Pictures of the listing and declare them as genuine or not. There is no background-check put in place what kind of host you can expect (even serial-killer or Drug Dealers could be hosts at airbnb) . And if the host need to provide a ID they can easely fool the automated security system by providing any kind of Photo ID, the automated system called Jumio accept even Library ID`s . I discussed this issue with my Manager who is responsible for the Security of the listings and he replied to me back that airbnb don`t want to put much restrains on new hosts to register with airbnb (!!!) Sorry, every banking institution or Gambling Website has better security measures in place to prevent Criminals to do their illegal activities but on airbnb every Criminal is warm welcomed to register as a host without hassle to be security checked. You don`t believe it? Try to register yourself at airbnb website as a host with any `funny Name` and put the `Oval Office` as your listing, you will be surprised how quick you are `approved` and go live with this `listing` . Sounds funny, but what will happen when a Hannibal Lecter will be the next host inviting guests to stay for Dinner or even worse. Welcome to airbnb