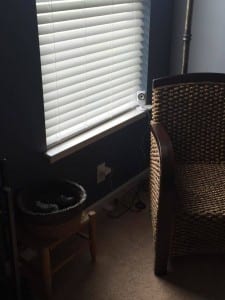 I made the mistake of renting from someone who had never rented before. I should have known it was going to be crazy from the start with the slew of emails. From the moment we arrived we got emails threatening they were going to cancel the booking. I had violated the rules because I had booked for my son and husband despite the fact that the host was notified two weeks in advance that the booking for my son and his roommate. Upon arrival, he demanded the video cameras inside the listing be turned on or he would cancel the booking. He continued to call and email me to the point of harassment. He showed up at the listing four times in one day. After two days of continual harassment my son finally turned the cameras off at which point he showed up and told them to get out of his house. This is when I called the police. We had no idea how this unstable person would act, especially after he said he had loaded weapons in the house.