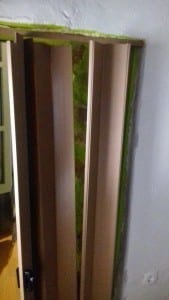 It was my first time using the Airbnb website to rent an apartment in Paris. I expected that I could get a better deal than hotel rooms; in the end, I had been forced to pay more than that for an IBIS or Holiday Inn.

Last month, I went to Paris with four of my friends. They were from Vietnam. They were very excited because it was their first time visiting Paris. All we needed was low cost accommodation for three nights. We decided to get an apartment for the five of us from the Airbnb website. After spending some time searching on the Airbnb website, we found a place in the north of Paris.

However, before three days we arrived, the host sent us a cancellation notice. We had to look for a different place on the Airbnb website; we did not like it very much but had no choice. Finally we found an apartment in the 18th District; it was in a good location, because it took no more than five minutes to walk from the underground station. The size of the apartment was large enough for the five of us, and it was not expensive – only £415.41.

I am living in London; it is very easy for me to get to Paris. I decided to arrive in Paris at lunchtime on Friday, September 8th. Before I left London, the host sent me an email to inform me his coworker would be there to give me the key. The host also told me if I did not keep everything in the apartment in the same condition as before I would have to pay 50 euro.

When I met his coworker, she asked me for 200 euro; she told me that she needed it for a deposit and this was stated in the contact. I thought that it was normal, so I gave it to her. I asked her if she would return it to me on Monday and she said she would. I did not think very much of it because we were over 50 years old, we had no children traveling with us, and we were not planning on making a mess or breaking anything in the apartment.

My friends could only stay in Paris for three days. I tried to take them around Paris as much as I could. Everyday we left the apartment before 9:00 AM and got back around 9:00 PM. Everybody was tired after a long day of walking and all we needed was sleep.

On Monday, September 11th, the host’s coworker came to collect the key. She went to the shower room to tell me it was wet. I did not clean it; I told her that I could not clean it because there were no amenities. The host did not write on the listing that guests had to clean the property before they left. After that, the coworker came straight to the thin worn out plastic folding door, which separated the first and second bedroom. She pulled it out – it was broken – and she said that we had to pay for it because we broke it.

This was impossible because we never touched it. We could not have broken it unless we intended to pull it out and push it back and continued to do it until it got broken. At this stage, I could see the coworker was trying to take away my 200 Euro deposit; she had it in her pocket, so what could I do? I knew I could not get the full amount back but I had to think to get something back. I told the coworker that we did not break the plastic folding door. It was not an expensive door, so how much did she want us to pay?

The coworker did not answer my question. She started to say she had four children to look after, she could not afford to pay the host, and she only worked for the host. She did not call the host to report what had happened. I could not tell her to talk to her host. So I told her to keep 100 euro and give me back 100 euro. She agreed to that. On the way back to London, I sent many messages to the host to report what the coworker did. The host responded with the following text: “Please tell me, how much did you pay?”

The next day I reported the problems to Airbnb. I hoped that they could determine the truth and get my 100 euros back. The Airbnb staff told me under their regulations no cash transaction were to be paid outside of the Airbnb website. After two weeks, I received an invoice from the host requesting me to pay an additional 810.05 euro; the host wanted me to pay for the broken door and the broken bed and said I did not clean the apartment.

The host had called a big decoration company to come to repair the plastic folding door and the wooden bed frame support, but when I looked at the invoice, I could tell it was a fake invoice; there was no company logo or letterhead, and it was designed on A4 paper by using Microsoft Word. There was no cost break down including the materials cost for each item.

After that, I sent an email to the decoration company to ask about this invoice. They said that they never produced it and they never came to this property to repair anything. I contacted Airbnb to prove it was a fabrication. I also told them that my friends were a doctor, a teacher, a finance officer, and a homecare manager. We had no reason to come to this apartment to break a worn out plastic door or jump up and down to break the bed. I sent Airbnb a link to show how much the plastic folding door would cost on Amazon: around 25 euro. I only wanted my 100 euro back.

After one week, the Airbnb returned with the following decision:

“After careful review of all documentation, we do believe that your host should be compensated for the damages caused during this stay. With that being said, we have concluded to charge you 468 EUR for the following:

I did not know about this 250-euro security deposit; Airbnb took it straight away from my PayPal account after they sent this email. They did not allow me to read their email or to ask them why I had to pay compensation. I also wanted to see the invoice of these repairs. Airbnb was not allowed to tell me these costs without evidence.

If I did not pay Airbnb, they would remove my account. Airbnb always said no cash transactions outside Airbnb. I asked them why they talked about offsite security deposit in their decision; this was a cash transaction, but the host returned 100 euro to me. If the host didn’t take 200 euro, why did you include a deduction of 200 euro in their decision? How could they take 250 euro from my credit card when we had not finished reaching a decision?

I provided a lot of information about the fake invoice from the host and Airbnb did not bother to talk about it. The host broke Airbnb regulations – cash transactions – so how could the host still be allowed to ask for compensation? I requested to talk to a manager. I also told them to please take me to the court because I would not pay 218 Euro. It was my first and last time I used Airbnb. I will find a way to contact the press or TV to tell them about my Airbnb story. I did not receive any more responses from Airbnb. The Airbnb manager never called me. I am a victim. The host got my 100 euro and Airbnb got my 250 euro. Both of them were a good team for stealing money from guests. Please see the 810.05-euro invoice from the host. Was it fake? Other photos are from the worn out plastic folding door and the wooden support bed frame.

Our host cancelled on us when we were literally on his doorstep. After that we spent a good deal of our vacation trying to unearth some contact information for Airbnb. They don’t seem to want to talk to their customers. Meanwhile, the host offered us half our money back, which was transferred to my account. I had my Visa card changed before that, not knowing if Airbnb had already withdrawn the money. After quite a bit of digging, I got through to an actual person,who actually helped me get the rest back! So far so good. I wrote a fair review.

then after a couple of days Airbnb sent me a message claiming I had been reimbursed more than I’d originally paid and regretted that they couldn’t withdraw the excess money on my card – would I please tell my bank to let them have the money? I wrote them back, sending them evidence that I’d only received the original amount, after which they sent me a different (as in, fake) invoice stating an amount that was $1000 more than I had originally paid (and consequently received from them as a refund). I protested, sending them the original invoice and screen shots of my bank records. Airbnb totally ignored this, didn’t answer my emails, and sent me the same message every few days: they paid me too much; will I please talk to my bank about letting them withdraw $1000 dollars from my card? I also kept getting emails about writing a review of the host, but when I followed the link I was told i couldn’t “edit this review.” What review? I hadn’t written any! Their so-called customer service stinks and I have a hard time believing they are not trying to con me.