More than a month ago I booked accommodations for my wife and her cousin in San Diego at a property owned by a group called Sonder (seems they own a lot of properties on AirBnb). About a month before the stay, I changed from my originally booked location called ‘The Baker’ to one called ‘The Leo’. This change was confirmed by Airbnb. The second property had room for two and a kitchen.

As the check-in date approached, I was concerned as I had not received an email with building and room codes. I contacted the host through Airbnb’s message center. They said the emails were going to an email other than my account email (but would not specify which: red flag #1), so they resent them. I noticed right away that the message referred to ‘The Baker’ property, not the revised property.

I contacted them again. The first agent ended the call as soon as I explained the situation (red flag #2). I called back and was told that no, the information was correct, and that although it said ‘The Baker’ on the message, the address and entry codes were for ‘The Leo’. I even messaged again and asked them to confirm again because my wife and her cousin were arriving at 11:30 PM and I did not want them to have nowhere to go.

Turns out that they outright lied. The property was still ‘The Baker’ and ‘The Leo’ was not even available as it was being renovated (red flag #3). Of course after over seven hours on the phone trying to figure this out, it is not even possible to find a room at a similar rate in San Diego on such short notice.
Sonder won’t even respond to my comment to which they lied outright.

Airbnb is working on a ‘solution’, but their solution is: no refund (the host won’t agree) and Airbnb protects them. The host will provide a substitute — yes, one that has horrible reviews and is located directly above a loud bar (property called ‘The Marin’) — but don’t worry, they will provide ear plugs and a white noise generator so you can sort of sleep. I am cancelling my Airbnb account as of today. 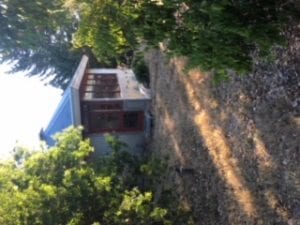 My wife and I were in Mansfield, Victoria and we needed a place to stay for my mother’s funeral. We searched and found a place with great pictures that showed it being neat and tidy with positive reviews. We booked it and arrived at the agreed time, then immediately noticed that the place did not resemble the photos: the garden was neglected, the grass overgrown, there were weeds all over the flower beds, etc. This was an extremely neglected property.

My wife stayed in the car and I knocked on the door to meet the host. Several dogs were barking and jumped all over me. The host arrived and the dogs continued to jump as I walked into the house. The foul stench from the five other dogs in the house was overwhelming and once again the property did not resemble the photos; the host had not cleaned and it was very untidy.

After viewing the messy kitchen I was taken over the long grass to the self contained studio. I was horrified when I entered; she had made one bed and the other was a bare mattress with a pile of crumpled sheets on top. There were no pictures of the interior on the website and I understood why. The two beds were pushed into the corners of the room. In between the beds there was a space of one meter and a large 1.5-meter high weaving loom occupied it. What could we possibly want to use this for, I asked myself?

There was a large clothes stand storing random items occupying the rest of the space. I was speechless; this was a storage shed and she was renting it out. Worse still, the corrugated tin roof was exposed on the inside, radiating heat like you wouldn’t believe. No wonder there were two oversized pedestal fans randomly placed inside, because there were no fly screens on the windows. She generously supplied insect repellent just in case we needed to open the windows and let in the cool air.

There was no fridge, running water, kettle, microwave, TV, Internet, or bath towels – just some beds and some useless junk. I noticed that there were no outside lights and the main house with a toilet and running water was some 100 meters away. There was no path leading to the main house and the grass was quite overgrown, with plenty of places for the Australian insects and reptiles to hide out of sight when it got dark.

We both like to shower at night before bed and I knew my wife was not going to handle this. I took it up with the host who explained that there were torches in case we needed to visit the main house during the night. My wife and I stayed for ten minutes before we walked back to the house and told her that it was not acceptable. We asked for a refund and she refused and became quite hostile at that point. She told us that this is the country and that’s how people live here. Worse still, I received a message later to say that she had contacted the police and they are looking for us. She also posted a review of us to say that we damaged the property.