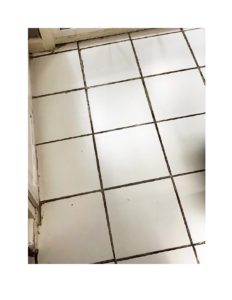 I have been dealing with this Airbnb situation over the past two weeks. I have spoken with about ten call staff and five different supervisors/managers, each of whom has said that they would call me back, but there has been no follow through.

I have been on hold for 30 minutes at a time waiting to be transferred to a supervisor. I have had my calls disconnected (dropped) four times after waiting at length for a supervisor to come on the phone and, when calls were dropped, I received no callback. This situation has been frustrating to say the least.

My reservation was from May 4 to May 13 in West Hollywood. I sent Airbnb a number of pictures that I took of the rental.

Please note, there was mold and mildew all over the bathrooms and kitchen (I am an infectious disease epidemiologist by training and it was definitely a health hazard; the Los Angeles Department of Public Health and Housing Safety should be notified). The walls and paint were cracked and chipping throughout the house. The floors were dirty. There was rotten food in the kitchen sink and on the countertops. There was mold growing all over the AC unit.

Throughout the home was a thick coat of dust across most surfaces. The place was filthy. Even more alarming, there were electrical wires hanging out from the baseboards – a huge violation with the Los Angeles building and safety authority.

We walked into this rental, and spent ten minutes looking around and taking pictures. I immediately called Airbnb and spoke with a representative and was transferred to a supervisor. The gentleman asked me to email him pictures of the house, so I sent the pictures to him. He told me and my friend that was with me (on speaker phone), verbatim: “These pictures are enough to justify a full refund since the place is definitely a health risk and is absolutely not in the condition of what was advertised.”

As you can see from the pictures, there was mold, mildew and rotting food. All very concerning for me, since I had recently had major surgery the week before. After the Airbnb supervisor told me that he would ensure that I receive a full refund for every dollar spent (my friends heard him tell me this on speaker phone), we locked the house, put the key back in the lockbox, and checked into the Andaz Hotel (also in West Hollywood), which cost me double the price of this Airbnb rental.

Unfortunately I had no other options, as all the listings that I would have considered staying at from Airbnb were no longer available and booked by other guests. As such, I have had to pay over $4,000 in hotel fees for this time period. I also had to pay $100 in cab expenses getting to the Airbnb rental and then to the Andaz Hotel. This has caused me considerable loss, both in terms of actual cash, but also in terms of time spent dealing with the situation (an estimated five hours of time lost).