I’m in an African country that is having current political unrest because of upcoming elections — sort of like the U.S. After a day or two at the location, I started hearing shooting and what sounded like bombs going off, as well as tear gas right outside of the Airbnb I’m staying in. It sounded like a war zone outside the door and I was told by security not to try to go to the main road because the police were arresting people.

I contacted Airbnb support (while there were loud explosions going on in the background that the agent heard for herself) and they assured me they would try to help me find other accommodations (full disclosure: I do not want to spend any money to book another accommodation as I still have more than three weeks left on this one).

What I requested is that Airbnb make an exception under their Extenuating Circumstances Policy as part of the “political unrest, riots” clause. I don’t think it’s unreasonable. Airbnb is a multi-million dollar company and I have just recently booked two other places in another city. Apparently, their concern for guests is superficial, at best.

I also believe that if I had been a Caucasian woman fearing for my safety in an African country, Airbnb would have acted with much more of a sense of urgency. I think because I am not, they figured I would be fine and didn’t seem to be that concerned. There is no other explanation I can come to since I’ve provided video of smoke and police converging on the area outside my Airbnb location and also a U.S. embassy security warning sent to my email the day after the first protests started. And yet, I still haven’t heard anything from Airbnb and my supposed case manager. 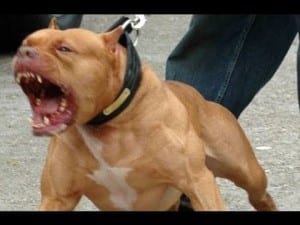 The listing shows some nice bungalow with a hammock overlooking the beach. What the pictures don’t show are two vicious pitbulls ten feet to the right of your patio that are poorly tied up, with no fence between you and them. We returned the final evening to find the dogs had gotten free. Luckily, a neighbor had warned us as we approached that they might have broken free. Fortunately, I also had a rake in my hand as my friend struggled to open the front door. The dogs attacked and I fended them off with a rake. This wasn’t just barking, but a full-on attack. They ran up on my legs so fast I couldn’t believe it. If we had come home after drinking or unaware this would have been a complete nightmare. We were so shaken up we left and booked a hotel. I’m 47 and a big guy. A smaller person or a family with a child could have been seriously injured or killed. I guess next time I book a place I’ll inquire if there any dogs around, assuming I use Airbnb again at all. I tried to reach out to customer service that night to find another place – was on hold for 1.5 hours – and never reached them. Airbnb should implement a “safety survey” for hosts that need to be asked things like “Do you have dogs? Or are there any potential dogs in your vicinity that guests may be exposed to?”