I thought setting up an Airbnb account and hosting would be a great way to make some additional money. Unfortunately, it turned into a nightmare. The second guest I ever hosted for turned out to be some weird voodoo shaman who conducted rituals in my home. He booked my home under a fake profile picture of a woman in her 60’s. They were supposedly just coming for some rest and relaxation.

When I arrived home, I found the bathtub with disgusting dirt in it. There were burn marks throughout my home where they had been burning sage throughout the house. I had burn holes in my tile, bathtub and carpet. There were symbols drawn on my mirrors in the house and weird stuff burning in a pot on the stove. they left foreign money on the counter and empty boxes of spirit bathing oils in the bathroom. Needless to say, I felt very uncomfortable in my home after that.

This a$%hole had the audacity to question me about the damage after leaving my home in this condition. After looking him up online, I became aware that he does this as his job. This should not have taken place in my home. I reached out to Airbnb for help. No one helped. They just keep telling you to go online and fill some forms out. I did that and called back several times to ask what was happening. They said it was pending. I received another email stating I had to fill out another form, which appeared to be the same as the first.

After reaching out several times and getting no phone calls or help, I received an email stating they were declining to reimburse me. I have been back and forth with this company. They outsource all their customer service to other countries. There is no way to reach anyone here in the states. I asked for a measly $600 compensation when the damage would cost me upwards of $6000 to repair. Airbnb has policies in place to take advantage of every circumstance so that they do not have to help the renter or the host.

I was scammed. I’d like to know if there are any class action lawsuits currently that I can look into. If not, there needs to be one immediately. User be warned, Airbnb will not help you if your home is damaged. 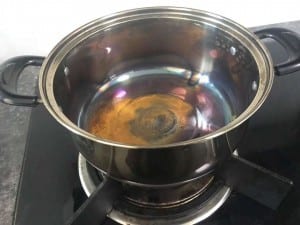 Two women in their late thirties made a booking for our unit. It was a last minute booking through Instant Book and their profiles showed that they were from a faraway city in my own country. The booking was for four people: two Airbnb account holders who had traveled together before and two other unnamed guests.

After two hours, I received a message from one of the guests stating that this booking was made for a friend. She gave us another contact number. The people who showed up a few hours later were two teenage looking young girls with two young male friends. It seemed like they were two young couples, but neither mentioned the Airbnb users who had made the booking. They were also very reluctant to talk about themselves and only interested in knowing how to work the TV, change the channels, and use the PS3 games. One of the couples went into the master bedroom to change their clothes while we taught the other dude how to use the IPTV.

They were staying for two nights. On the day they are supposed to check out, they ignored us the whole morning. When it was noon, they messaged us requesting to stay one more night. We told them that we would only accept changes made through Airbnb. They kept delaying us with all sort of excuses. We called the guest who made the booking and she said that she would check with her “friend”.

However, the next day, they had yet to pay through the system or accept the date changes. Nonetheless we went to the condominium at the agreed check out time. We waited outside the door for over an hour. We called, we knocked, and we screamed, but nothing worked. When we were about to call a locksmith to break open the door, they opened it and said that they were sleeping inside. They again refused to pay through the Airbnb system.

After an exhausting half an hour of haggling, we relented and allowed them to send the money to us via a bank transfer. However, after they paid and hastily left, we noticed the place was dirty and messy with wet clothes, food and plastic bags and whatnot everywhere; it was a dump. The scene was as if someone had brought all the neighbours’ dustbins inside and poured everything out everywhere.

When we were cleaning we noticed some damage here and there. After awhile it seemed like the damages were very extensive, so we stopped cleaning and immediately started taking pictures. In the end, what happened was that there were cigarette burns everywhere, and my unit was hardwood themed. Most of them were cigarettes that had been left and burned through; you could tell from the rectangular burn marks on edges. Then we also found numerous circular burn marks, which means that it was burnt intentionally all over the place. Note that cigarettes were left everywhere, dozens and dozens of them.

The burned furniture included: hardwood sofa table; cotton sofa; hardwood dining table; custom wooden kitchen top (where the stove is); custom wooden makeup table and the side wooden drawers; leather bedside table; hardwood living room TV stand; and the hardwood master bedroom TV stand. Everything wooden was damaged. Non-wooden items damaged as were some cooking pots, the sofa and a leather bedside table (which goes against the theme but was cheap and good looking).

I contacted Airbnb but their response did not give me any confidence. I went ahead and filed a police report. Luckily the people who made the booking were in my country. In the meantime the tenants did not respond to us after leaving the place, and the person who made the booking denied doing so or having any knowledge of it. This was despite the fact that I had talked to her and she mentioned that she would check with her friend the night before.

When deciding how to file a police report. I discovered something amiss. The wire transfer to our account had a name on it; it was made by the woman who was the Airbnb user’s friend (who is also a host and was supposed to come for this trip), but it was clearly her account that made this booking and even used it to message us on the first day. What’s even more complicated was the relationship between those who stayed over. They left a scarf within the pile of garbage before we noticed the extensive burns. When I went down to get hold of them, the two teenage looking girls left, and only the two young males were there. I tried to pass the scarf to them and their reaction was like “screw them; throw it away for all we care.”

We also found some weird white beady pills (for consumption) that didn’t seem like normal candy; they were made of powder but did not have any imprints on them. It seems hasty to assume these are drugs because there were dozens of them all over the place (aren’t drugs expensive for teenagers?) but it is apparent these were no Tic Tacs because they were powdery in nature. So, not only did I have irresponsible guests, but they were teenage prostitutes? And my unit had been converted into a drug den?

A few cooking pots were burnt (but not with food or any oily material). I made my report to the police based on the photos and evidence on hand. The police came to the same conclusion as me. These people were sent by the Airbnb users to purposefully wreck our place. As explained by the policeman, there were clear signs of deliberate sabotage elements, but we were missing the most important element, motive.

Why did they do this? We never had any prior engagement with these people. I told the police that I would wait for Airbnb to resolve this. However, the police are saying that an investigation is possible for such cases. In the end, I just want to be compensated for my losses. The fact that there maybe a very intricate story behind these wayward tenants, while interesting, is of little importance to me.

I hope that the tenants were somehow related to the Airbnb users, as those four young males were ugly. Why four, you ask? Nope, it isn’t a typo. The two young men we saw during check-in were different than those during check-out. I wondered why they made us wait standing outside the condominium unit for a whole hour. Was it a last minute customer? The plot thickens. How I wish i had taken a photo of their faces so I could post it online…