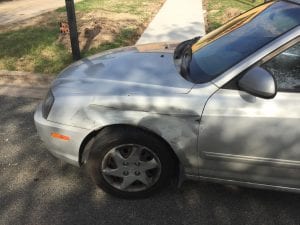 For three nights and four days, I stayed in a shared space Airbnb in the beloved Austin, Texas. I was in Austin for some job interviews with a friend, so while we spent most of Saturday and Sunday out and about, we really buckled down Sunday evening and Monday morning to prepare for our interviews in the space we paid to rent. We also disclosed to them that we would be generally pretty chill all weekend, and that we were there for job interviews when requesting the booking so if that sounded too chill to them they did have the option to deny the booking request.

I went to the University of Texas at Austin, but chose to stay in an Airbnb rather than with a friend at school because I didn’t want to be distracted by the college lifestyle when I was there focusing on upcoming interviews. The house itself was beautiful, modern, and the hosts were generally great too (while we were there). We were also super respectful of the space, cleaned when we left, put towels in the washer, stripped the beds, took the trash out – the whole nine yards.

The only questionable things that happened during our stay was a rooster (in the middle of the city) crowing constantly throughout the day and night and a lacy thong left on the floor one night when we came home. Still nothing too crazy or alarming. The neighborhood was sketchy but I generally am unafraid of sketchy areas in Austin nowadays after navigating the city on my own for four years.

On our last morning, we came outside to see my friends car had been in a hit and run sometime from when we came home at around 11:00 PM to when we went out that morning around 9:00 AM. As shitty as this situation was, we handled it with the Austin PD accordingly (like adults) and didn’t get our hosts involved as we didn’t see it was their fault. Moving forward, we left them a raving review on Airbnb (which now cannot be changed – see Airbnb profile for our review) because we figured, “These people are trying to make a living too.” We didn’t want to ruin their Airbnb business, and we’ve heard worse nightmares about Airbnb. As far as we were concerned, our stay was good.

Flash forward: this host left us this review.

“Sarah was very sweet and gracious. She and her guest left the space nice and clean upon checkout. The two of them would likely be more comfortable/suited to renting an entire space rather than a private room in a shared space. They seemed to enjoy being home rather than out and about all day long. Renting an entire space would have given them more freedom to have lively conversations and make use of the entertainment areas without the worrying about noise levels.

We hosted two groups during SXSW (a large music festival in Austin) and it worked out really well, because, well… the guests were literally out all day enjoying the festival. The other host and I would leave for work early in the morning while the guests were still knocked out. And by the time they made it home, he and I were usually already asleep. But for you guys, since you seemed to like to be home a little more often.”

Are you kidding me? We generally didn’t want to stay in this Airbnb because it wasn’t super convenient to downtown but we pulled the trigger because with this past weekend being Round Up and Texas Relays it was one of the last places left (shared or not) when we were renting. We also never really considered using their entertainment areas or have lively conversations because most of the time spent at home was either spent working or stalking our potential employers to seem more prepared.

Additionally, if you don’t want people in your house simply don’t rent it on Airbnb in the middle of mid-gentrified East Austin. That having been said, I’ve included some pictures of our car that was in the hit and run as well. We weren’t given the opportunity to park in their driveway, and were told street parking was the only option.

Airbnb won’t let us change the review we left for them before they left this passive aggressive review on us. We now have to live with it on our Airbnb profile forever more. We are not bums. We do not typically stay in Airbnb to live in them all weekend. Aside from that, we spent maybe six hours there on Monday during the day because I also had a full work day at my current job that I was still expected to show up to remotely.

That having been said, friends, if you are ever in need of a space in Austin, pleasde save yourselves (your cars, your Airbnb guest review) from this place. If Airbnb won’t let me tell the whole story then by golly Airbnb Hell will.

We understand this review isn’t that horrible but it really left a bad taste in our mouths when we read it, seeing as we were overly respectful of the space. Why rent your home as a shared space on Airbnb if you aren’t good at sharing? Additionally, future Airbnb hosts can now see that review forever more and to be honest I’m bitter that I’m gonna seem like some lame-o that comes to Austin and ‘enjoys being home rather than out and about all day long.’ I do enjoy being out and about all day long, but I also enjoy walking into a job interview and murdering the game and sometimes that takes sacrificing one night and day out for some preparation.

TLDR; If you’re ever in Austin don’t stay at this Airbnb.